Sam Groth has scored an impressive victory over the 31st-ranked Thomaz Bellucci to move into the second round of Washington DC's Citi Open. 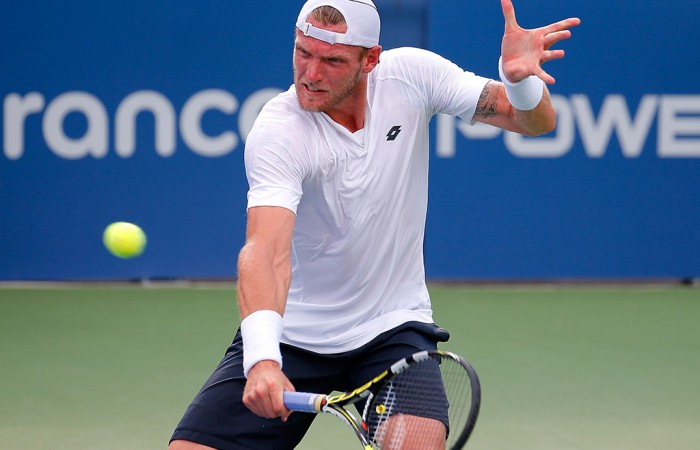 Update 3.35pm: Sam Groth has overcome world No.31 Thomaz Bellucci to move through to the second round of the ATP/WTA Citi Open in Washington DC.

Earlier this season, Troicki won the Apia International Sydney title as a qualifier and has since vaulted from outside the top 90 to inside the top 20.

With his potent serve clicking, Groth delivered 19 aces throughout the match to see off Bellucci.

The victory continues a stellar season for Groth, who has risen to a career-high ranking of 62nd and claimed several big scalps throughout the year.

His victory over the 31st-ranked Brazilian follows on from his defeat of then No.31 Jack Sock at Wimbledon and world No.14 Feliciano Lopez in Stuttgart.