A win for Alexandra Nancarrow in singles and doubles titles for Daria Gavrilova, Jess Moore and Storm Sanders have capped an impressive week for Australians abroad. 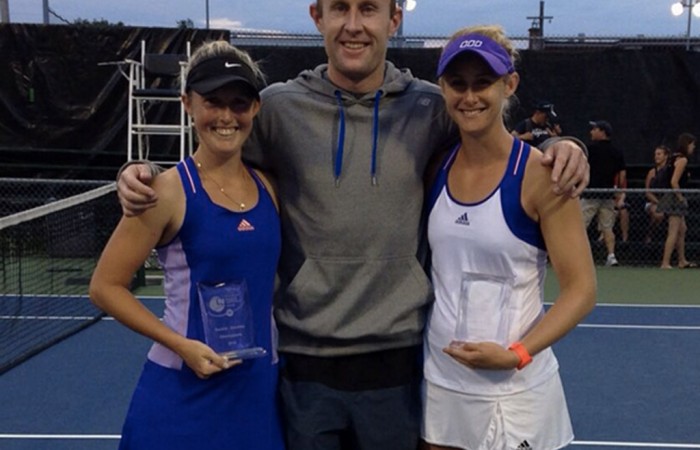 In the latest edition of Quick Hits, we bring you news of Alexandra Nancarrow’s latest ITF success, and well as re-cap doubles victories for Daria Gavrilova, Jess Moore and Storm Sanders.

Another appearance in Serbia, another title for Alexandra Nancarrow. The 21-year-old captured her fourth career ITF title at the weekend in Palic, Serbia, and all four of those trophies have come in the Balkans nation. Three have them have come this year, contributing to an impressive record in which she has won 15 of her past 17 matches. After playing almost exclusively at $10,000 ITF tournaments, Nancarrow has gone up a notch; this week she contests a $25,000 event in Astana, Kazakhstan.

A short flight away in Istanbul, Daria Gavrilova teamed up with Ukrainian talent Elina Svitolina to win the doubles title at the WTA Istanbul Cup. The duo – an alternate entry into the draw – outlasted hometown heroine Cagla Buyukakcay and former singles world No.1 Jelena Jankovic 5-7 6-1 [10-4]. Not only did Daria and Elina get to hoist the trophy, but they had plenty of fun during the trophy shoot as well.

Across in Canada, the all-Aussie duo of Storm Sanders and Jess Moore had a productive week at the $50,000 ITF event in Granby. Moore went all the way to the singles semifinals – beating Sanders along the way in three torrid sets – and the pair also combined to win the doubles title, beating Laura Robson and Erin Routliffe in the final.