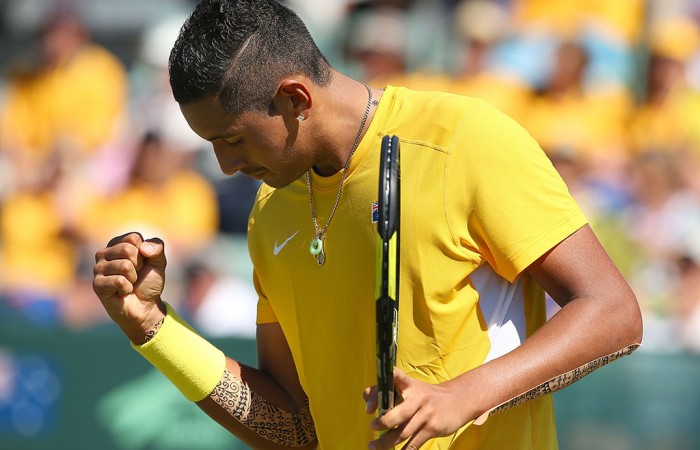 Davis Cup captain Wally Masur has scoffed at suggestions Nick Kyrgios has become a liability, saying the 20-year-old is a spearhead capable of doing his country proud.

During Tuesday’s media conference, Kyrgios was asked whether his recent turbulent Wimbledon campaign had negatively affected his preparation.

But Masur quickly jumped in to defend his star charge.

“Nick a liability for the Davis Cup? Absolutely not,” Masur said.

“He’s here, he’s got the green and gold on, he’s one hell of a tennis player. That doesn’t make him a liability, it actually makes him the spearhead.”

Opponent Kazakhstan has reached the quarterfinals in four of the past five years, but is yet to make the final four.

Masur said the Kazakhs’ 3-2 dispatch of Italy in the first round “certainly sets off alarm bells”, and praised their positive attitude and respect for the competition.

World No.63 Mikhail Kukushkin is Kazakhstan’s highest ranked player, while the visitors are expected to use world No.115 Aleksandr Nedovyesov for the second singles rubber.