Casey Dellacqua's impressive run in the women's doubles with Yaroslava Shvedova has come to an end at Wimbledon at the hands of Martina Hingis and Sania Mirza. 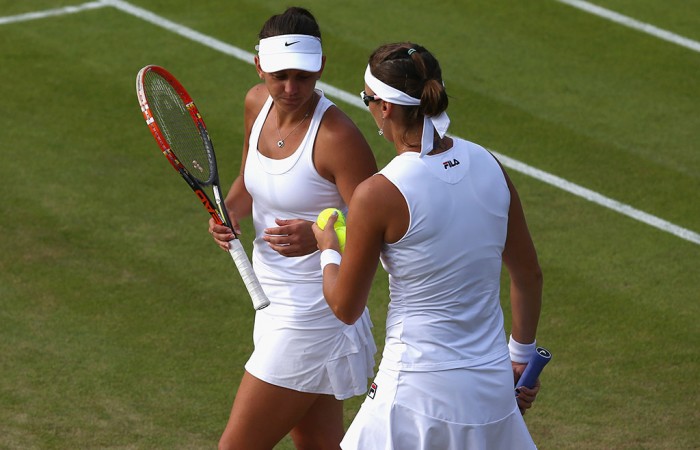 Casey Dellacqua and Kazakh partner Yaroslava Shvedova have fallen in the quarterfinals of the Wimbledon women’s doubles event to Martina Hingis and Sania Mirza.

Dellacqua and Shvedova pushed the top seeds on No.3 Court at the All England Club before going down 7-5 6-3.

The duo were playing just their fourth tournament together, and already they have enjoyed significant success.

They combined in their first ever event to win the Mutua Madrid Open, and a few weeks later progressed to the final at Roland Garros.

Following their quarterfinal finish at SW19, their win-loss record stands at 14-3.

Their loss leaves John Peers as the only Australian remaining in the doubles events.

He will partner Jamie Murray in the men’s doubles semifinals on Thursday, taking on Jonathan Erlich and Philipp Petzschner on Centre Court.