Richard Gasquet atoned for his 2014 Wimbledon defeat to Nick Kyrgios by eliminating the Aussie in four compelling sets on Monday at SW19. 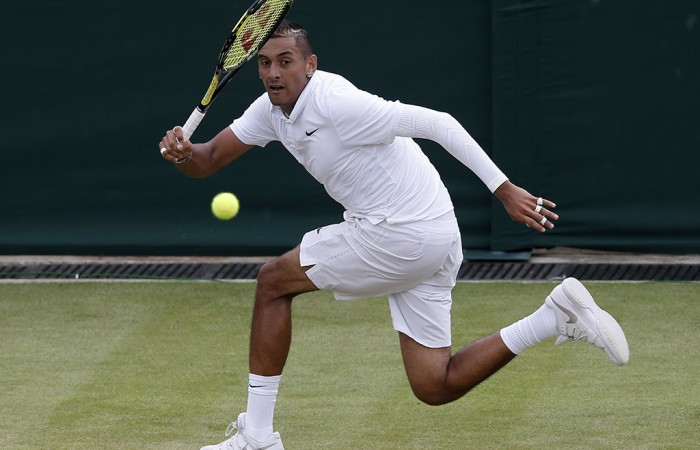 Nick Kyrgios’ bid to reach a second consecutive Wimbledon quarterfinal have ended at the hands of Richard Gasquet.

“There was a lot of ups and downs. It was a tough, tough time, especially when he’s not missing any balls,” said Kyrgios, who was unable to produce the scintillating form that saw him upset seventh seed Milos Raonic in the previous round.

After surrendering the first set in 36 minutes, Kyrgios was most obviously outclassed in the second, Gasquet taking just 24 minutes to extend his lead.

Venting his frustration yet also showing his personality – at one point, he sought a hug from a ball boy – Kyrgios rallied to save two match points in the third set, which he won in a tiebreak, and also held two set points in the fourth-set tiebreak.

But unlike in 2014, when Kyrgios saved a Grand Slam record nine match points and recovered from two sets downs to conquer Gasquet en route to the quarterfinals, the young Australian was unable to hold the momentum.

Kyrgios produced his 10th double-fault on set point, then netted a backhand, before Gasquet prevailed after two hours and 54 minutes, ending Australia’s singles participation at this year’s Championships.

“It hurts,” conceded Kyrgios, who now turns his attention to preparing for Australia’s Davis Cup quarterfinal against Kazakhstan later this month.

“You never want to go out of a Grand Slam. I feel like I definitely could have done better.”

Kyrgios and American Madison Keys also also fought hard before falling in a three-set epic in the second round of the mixed doubles event.