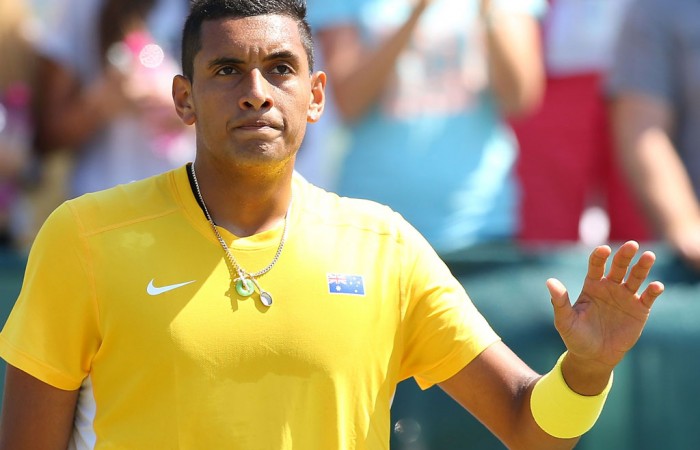 In a huge boost to Australia’s hopes of reaching the semifinals for the first time since 2006, Kyrgios has declared his availability for the last-eight tie in Darwin from 17-19 July.

There had been speculation swirling around the All England Club that the 20-year-old would boycott the quarterfinal in protest to Bernard Tomic’s axing over the weekend.

But less than 24 hours from his fourth-round clash with Frenchman Richard Gasquet, Kyrgios put those rumours to bed.

“As a proud Australian it’s a pleasure and privilege to be able to represent my country in Davis Cup,” he wrote on Facebook on Sunday, Wimbledon’s traditional rest day.

“As long as I’m able, fit and healthy, It’s an opportunity I will never pass up.”

As a proud Australian it's a pleasure and privilege to be able to represent my country in Davis Cup. As long as… http://t.co/ken2oLZN7P