Nick Kyrgios is out to avenge his 2014 Wimbledon defeat to Milos Raonic when the two lock horns on Friday, while Bernard Tomic faces world No.1 Novak Djokovic. 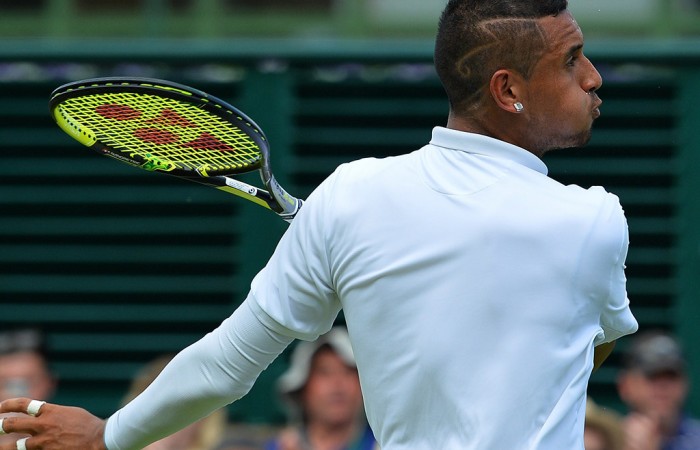 Kyrgios was a bolter ranked 144th in the world and backing up 24 hours after his spectacular but draining fourth-round triumph over Rafael Nadal when he succumbed 6-7(4) 6-2 6-4 7-6(4) to Raonic in last year’s quarterfinals.

This time around, the 20-year-old is a seeded force thanks largely to another major quarterfinal run in Melbourne.

He also enjoyed an extra day’s rest after a relatively breezy straight-sets win over Juan Monaco before his third-round return bout with the seventh seed.

“Today I didn’t feel my body aching or anything at all in my legs. That’s a lot of confidence,” Kyrgios said after progressing to the last 32 for a fifth consecutive major.

“I thought last year against Raonic, I gave absolutely everything I could. I lost 7-6 in the fourth set.

“If it was going to a fifth, I feel I could have completely emptied the tank. I feel like I’m a lot more confident coming into it.

“It was tough, obviously, emotionally. I didn’t get much sleep the night leading up to the Rafa match or after.

“I thought I backed it up pretty well … I can take confidence out of that. I feel I’m a much better athlete than what I was last year.”

But Kyrgios knows he still must combat Raonic’s supersonic serve to venture any deeper in the draw.

The Canadian has already fired down a 233km/h thunderbolt, the fastest serve of the tournament, and 56 aces – almost double Kyrgios’s 28 – in his opening two matches.

“If a guy is serving as well as he is, it’s going to be tough,” Kyrgios said.

“I know what I have to do out there. But at the same time, there’s not so much you can do on his serve.

“It’s possibly the best in the game at the moment.”

Kyrgios concedes it’s essential he takes care of his own service games in a match unlikely to feature too many breaks.

“I don’t want him breaking me too many times,” he said.

“I have to try to keep creating pressure on his serve. Do whatever I can, scrape out points, stay competing the whole time from the first ball to the last.”

On a huge day for Australia’s top two men, Bernard Tomic takes on world No.1 and defending champion Novak Djokovic for a place in the last 16.

Tomic says he won’t die wondering and has vowed to take it to the titleholder.

“I have to come out on this court against him and I have to believe I can win, go for my shots.

“That’s when I play top-five, top-six tennis. It’s tough for anyone to play, I guess, me when I’m playing well.

“I have to prepare as best I can to get an opportunity to play as well as I can against him.

“That’s going to come down to me maybe winning this match or losing.”