Kokkinakis on the mend

Thanasi Kokkinakis is recovering from a bout of food poisoning as he prepares for his Wimbledon main draw debut. 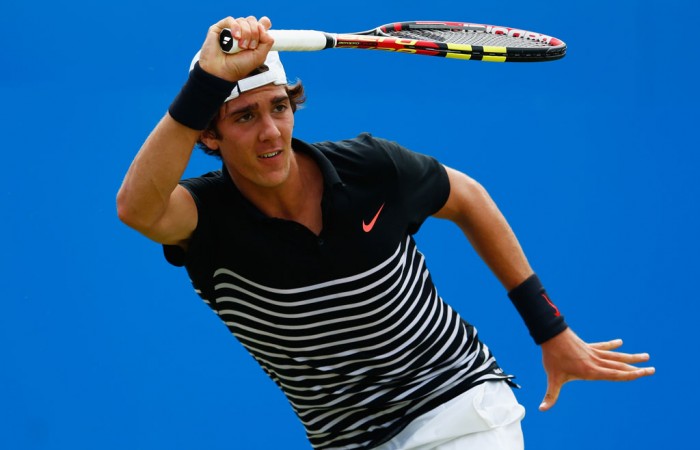 A nasty stomach bug has undermined Thanasi Kokkinakis’s Wimbledon debut, but he hopes to be back to full health for his first-round clash with Argentina’s 24th seed Leonardo Mayer on Monday

Kokkinakis is recovering after spending two days laid up suffering from Giardia lamblia.

“It’s been pretty messy,” he told journalists at Wimbledon.

“It’s been getting better day by day. I threw up 13 times on Monday night. It was pretty incredible. I never had anything like it.

“I spent the last two days in bed, not doing a whole lot. I’m back up and at it now. I should be ready to go.”

The untimely illness forced Kokkinakis to miss his scheduled opening match at The Boodles, a pre-Wimbledon exhibition tournament, but he managed to play two sets against American John Isner on Thursday.

He admitted it was tough to strike a balance between practising and conserving his energy for his Wimbledon opener.

“Because you don’t want to do too much because you want to be fresh,” he said.

“But you want enough to that you’re not slightly underdone.

“I feel like I’ve had good training coming into here, Queen’s as well.

“I’ve just got to trust what I’ve done after the French Open.”