McEnroe tips Kyrgios to cause damage

Three-time champion John McEnroe has nominated Nick Kyrgios as the man to "shake up" Wimbledon once again. 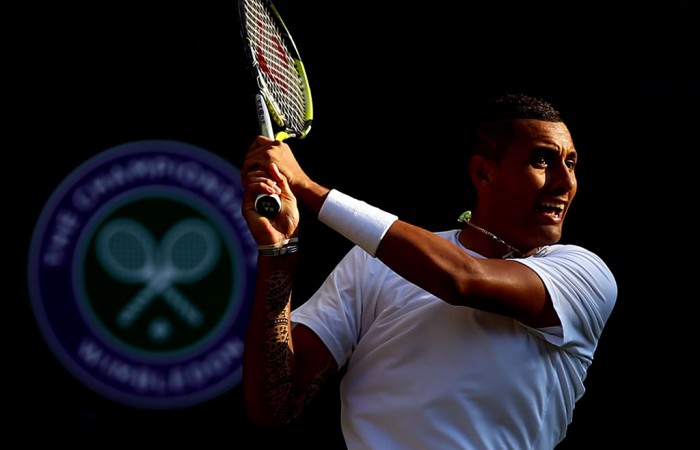 Three-time champion John McEnroe has nominated Nick Kyrgios as the man to “shake up” Wimbledon once again.

No stranger himself to raging against the machine, McEnroe enjoys the style, unpredictability and enigmatic energy that Kyrgios brings to the table.

The former world No.1 has no doubts last year’s surprise quarterfinalist can once more cause major damage at the All England Club in 2015.

“He is close to being ready to make a big breakthrough,” McEnroe said in the countdown to The Championships.

“If I had to pick one guy, I wouldn’t pick him to win but I would think, if there was someone other than the obvious guys, he would be the guy that I would pick more so than a year ago when I would have said a Dimitrov-Djokovic final.

“I was looking at that for this year and I would be pretty hard-pressed to feel that is going to happen right now.

“He brings this belief and intensity. There is something about him. It is not often you see that with a player, and it is nice to see.

“I am not exactly sure what he has done since he beat (Rafael) Nadal at Wimbledon in order to position himself so he is that much better and fitter.

“He looked like he just wasn’t ready or fit enough to deal with Andy Murray at the French Open (where he lost in the third round).

With no teenager having won a Grand Slam title since Nadal at the French Open a decade ago, McEnroe wasn’t surprised Kyrgios struggled against Murray in Paris.

The 20-year-old lost in three sets and complained of an elbow injury.

“The problem for Kyrgios is that over the last couple of years it is getting tougher and tougher for the teenagers or someone around there to go all the way,” McEnroe said.

“Because these guys are so well prepared. It is so difficult to beat a guy like Murray best-of-five, especially on clay when he is confident.”

Nevertheless, McEnroe hoped Kyrgios, fellow Australian Thanasi Kokkinakis, American Jack Sock and Croatian teenager Borna Coric would be the future of men’s tennis to carry the torch after the golden era of Djokovic, Murray, Nadal and Roger Federer comes to an end.

“Those are the guys you hope step up all four of them in a reasonably short time and will be in the top 10,” he said.

“It’s not going to mean anything if they don’t make it big. But if all of a sudden these were the top guys in the world, it could be the shot in the arm that we need.

“You’ve got to make the sport cool again.”