UPDATE: Sam Groth's gallant run at the Nottingham Open is over after a tough three-set loss to Joao Sousa. 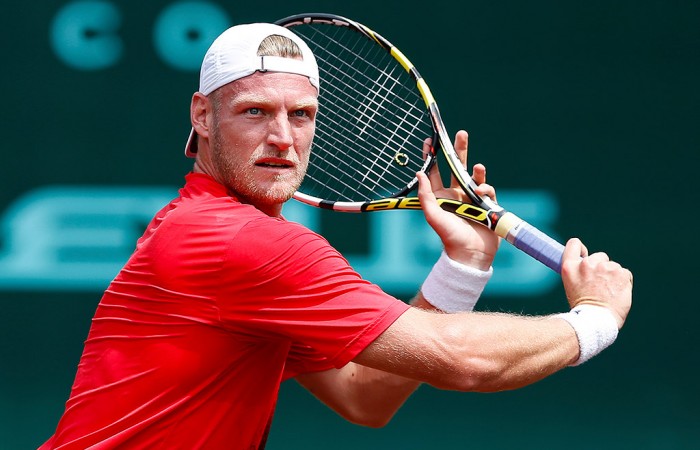 Sam Groth’s gallant run at the Nottingham Open is over after a tough three-set loss to Joao Sousa.

Groth had to work overtime just to reach the second round of the Wimbledon lead-up event after rain left the Australian hanging while on the brink of victory against Mischa Zverev on Monday night.

He returned on Tuesday to complete a 7-6(1) 7-6(3) win over the German qualifier before falling just short against Sousa.

Groth will nevertheless head to the All England Club fancying his chances of a decent showing after gaining direct entry for the first time following his climb into the world’s top 70.

The Victorian has already won nine matches on English grass this month, culminating in a career-high ranking of 66th.

Sousa next faces Gilles Simon for a place in the quarterfinals after the second-seeded Frenchman needed more than three hours to see off Spaniard Marcel Granollers 4-6 7-6(3) 7-6(0).

A former Australian Open finalist, Baghdatis bagged his first win against a top-10 player in two years by firing nine aces and converting over 70 per cent of his service points.

While Ferrer heads off to the practice courts to continue his Wimbledon preparations, Baghdatis can look forward to a third-round date with German teenager Alexander Zverev.