Tennis 360 provides a how-to guide for our sport. From rankings to on-court dress codes, tennis.com.au provides a detailed explanation of traditional tennis terminology. 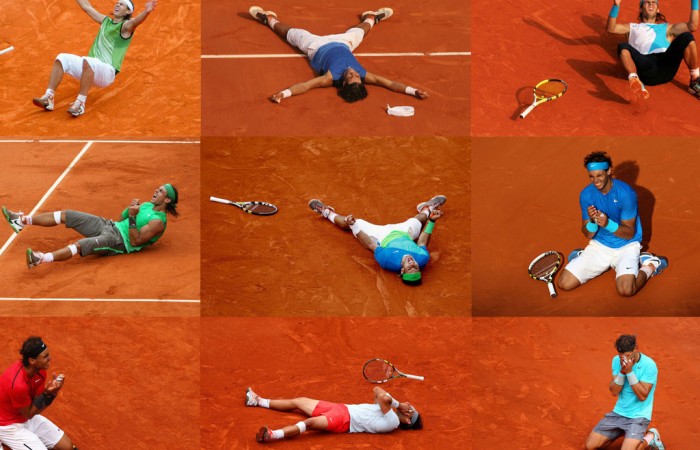 For the first time in 10 years, Rafael Nadal finds himself out of the top four seeds at a Grand Slam. This scenario potentially sets up a quarterfinal showdown with world no.1 Novak Djokovic – a marketer’s nightmare.

Having lost only once at the French Open in this time, how can this possibly be the case?

Traditionally in Grand Slams, the top 32 players are given a ranking for the tournament (seed) with the purpose of separating the top players in a draw so they don’t meet until at least the third round.

Players are seeded based on their ranking the week prior to the start of the upcoming tournament, with Wimbledon the exception that also considers players’ past performances on grass.

Although the rankings are as accurate as possible (based on a 52-week rotation with the possibility of moving up or down), a disappointing 12 months can have a major impact on a players’ seeding.

So should Roland Garros emulate the Wimbledon model and seed the players to suit the clay court specialists?

Wimbledon has always administered its own event, complemented by its own set of rules. Up until 2001, Wimbledon had its own seeding committee who used the ATP and WTA rankings as a guide, but a guide only.

In 2001, Wimbledon developed their own formula:

A case in point was Andy Murray at the 2014 Wimbledon Championships. Murray came into the tournament ranked world No.5 but using the Wimbledon formula, Murray was seeded No.3 resulting in arguably an easier route to defend his 2013 title.

Unfortunately for Murray, his ranking at the time was indicative of his form and the Wimbledon formulas failed to work in his favour.

Will Nadal’s seeding in Paris have the same outcome at what is his most successful Grand Slam?

For the Nadal camp and his adoring fans, they certainly hope not. However, for Nadal’s potential opponents, an earlier than expected meeting with the nine-time champion might come as a shock.