At some point someone needs to take over the mantle of world No.1 from Serena Williams. But who? Todd Woodbridge believe the signs point to Petra Kvitova. 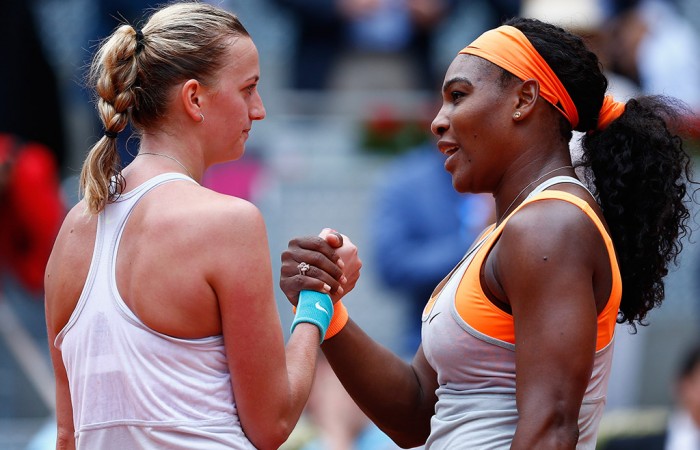 At some point someone needs to take over the mantle of world No.1 from Serena Williams. But who? My choice is Petra Kvitova.

As one of the game’s sweetest ball strikers she is an underachiever in my eyes. There is so much untapped ability there that I find myself frustrated she hasn’t excelled outside of the All England Club.

I commentated on her two Wimbledon victories in 2011 and 2014 and not even Serena has played finals more perfectly than what I witnessed.

At last though it seems that there has been an absolute commitment and dedication to achieving her full potential. At the end of 2014, her decision to hire Alex Stober – a former ATP physiotherapist and trainer to Li Na – was a stroke of genius.

There are many similarities between Kvitova’s situation and with what Martina Navratilova did when she made the decision to fully commit to a rigorous fitness and dietary regime; it transformed Navratilova into one of the greatest female athletes of all time.

News this week that Kvitova and Stober have ended that relationship is a shock, as Stober had already improved her athleticism with a strong off court fitness regime; over a short time it has been obvious that Kvitova’s confidence and self believe are stronger.

If she is going to challenge she must stick with this regime, because the time is now for her to put the foot down on the accelerator. Otherwise, mother time will pass her by.

Although Serena has been brilliant this season and is the clear favourite going into Paris, the clay at Roland Garros has never been easy for her, and of the other women in the draw I feel it’s Kvitova who is well placed for a third Grand Slam title.

With her win in Madrid last week there is renewed confidence – I hope Kvitova fires in Paris because when her strokes flow, nobody is better to watch.