Australia's top three women face extremely tough draws at this week's combined ATP-WTA event in Rome, while Nick Kyrgios and Bernard Tomic could face off in the second round. 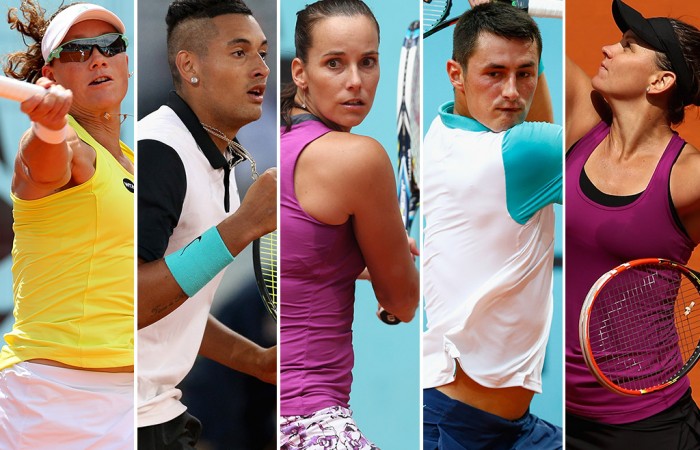 Dellacqua opens against Victoria Azarenka, who is showing good form again after an injury-marred 2014 and who last week held match points against Serena Williams in the third round at Madrid.

While Gajdosova begins against qualifier Elena Vesnina of Russia, she would face a second-round meeting with No.3 seed Maria Sharapova, a two-time Rome champion, if she wins her opener.

Should Stosur get past Russian Anastasia Pavlyuchenkova in round one, top seed Williams awaits in the last 32.

Meanwhile, Daria Gavrilova has continued her excellent form this season, qualifying for the main draw in Rome after winning two matches.

She lines up against young Swiss star Belinda Bencic, with the winner moving through to a second-round clash with No.7 seed Ana Ivanovic.

In the men’s event, Nick Kyrgios and Bernard Tomic could be potential second-round opponents should they get through their opening matches in the Italian capital.

Kyrgios begins against 11th seed Feliciano Lopez, and will be hoping to continue the form that saw him oust top seed Roger Federer en route to the third round in Madrid last week.

Tomic faces Serb Viktor Troicki, a player against whom he owns a winning 2-1 head-to-head record, but an opponent he has never before faced on clay.