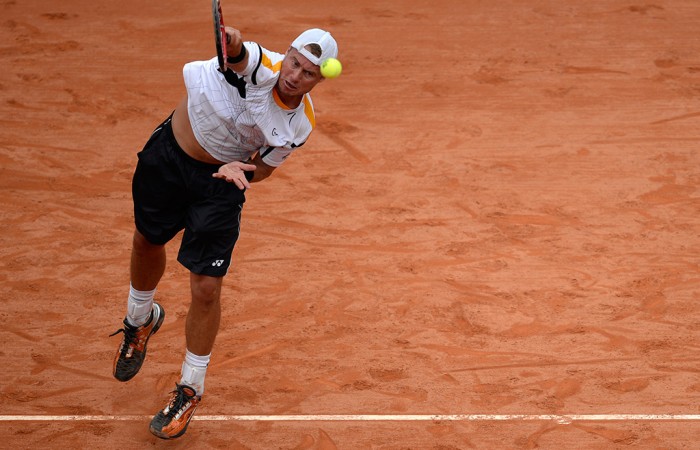 Hewitt forecast such a likely scenario in January when he revealed this year would be his last full season on tour before drawing the curtain on his celebrated career after making a record 20th consecutive Australian Open appearance in 2016.

The 34-year-old former world No.1 has only played five ATP singles matches this year and hasn’t been sighted since suffering a three-set first-round loss to Go Soeda in Houston last month.

That last outing was on clay, signalling the two-time major champion may be reconsidering a rethink of his schedule.

But his manager David Drysdale on Tuesday confirmed Hewitt would bypass Roland Garros and head to Europe next month for the grasscourt season before returning home for Australia’s Davis Cup quarterfinal against Kazakhstan in Darwin on 17-19 July.

Hewitt will contest Wimbledon lead-up events at ‘s-Hertogenbosch and Queen’s, two tournaments he has won a total of five times, and presumably be granted a wildcard entry into Wimbledon starting on 29 June.

“That’s yet to be confirmed but we would anticipate he’d get one,” Drysdale said.

Drysdale said skipping the French Open had been a tough call for his veteran charge, who made the quarterfinals twice in Paris amid a rare run of 10 consecutive appearances to the third round or beyond.

“But Davis Cup and Wimbledon have always been the focus,” he said.

“He just wanted to really do well hopefully at Wimbledon, but obviously the draw will have a lot to do with that.

“The Davis Cup is right after that so he’s hoping to get some good grasscourt practice in before heading to Darwin.”

But it was in epic fourth-round losses to nine-times champion Rafael Nadal in 2006 and 2007 and a gallant five-set defeat to former runner-up David Ferrer the following year that Hewitt best showcased his claycourt class.

While Hewitt won’t be lining up for a 15th tilt, Australia’s French Open stocks are looking relatively strong this year.

Australia already have five direct entrants in both the men’s and women’s singles draws, including seeds Bernard Tomic and 2010 runner-up Sam Stosur.

Nick Kyrgios is also pushing hard for a Grand Slam seeding for the first time, while fellow young gun Thanasi Kokkinakis is close to direct entry.

Two Australians will also be granted wildcards into the main draw under Tennis Australia’s reciprocal arrangement with the host federation.