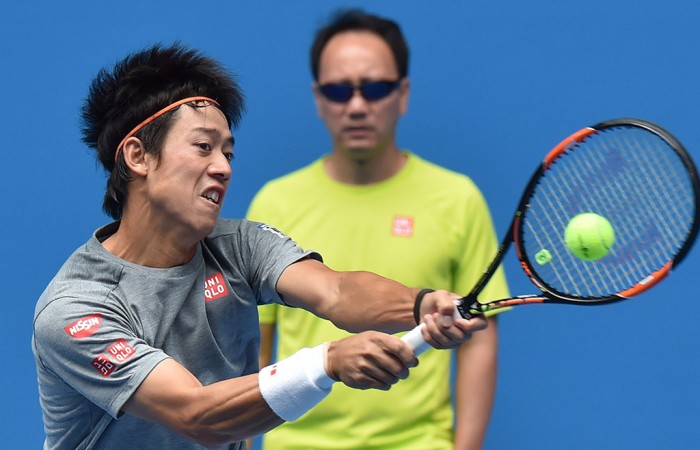 In 1989 Michael Chang became the youngest ever men’s Grand Slam champion when he defeated Stefan Edberg in the final of Roland Garros at the age of 17 years and four months.

I spent this past weekend running clinics and a Fast4 corporate challenge with Michael in Shanghai, China as part of the Australian Open’s long term strategy of growing the game and the event in the Asian market.

Over my ATP singles career I played Michael on 17 occasions, the most I ever faced one individual. At just 175cm in height he was small in stature but had one of the strongest hearts and minds in the sport – throw in the fact he was the quickest mover, and you can see why he was successful.

Chang is now coaching world No.5 Kei Nishikori and sees an enormous amount of himself in the Japanese talent.

Being an American-born Chinese, Chang scoffs at the suggestion that Asian players are not physically strong enough to succeed at the top. He points out that his size never held him back – instead, it is all about the mental belief and body language.

Chang’s counsel to Nishikori has been to remind him to be different, to stand out from the normal cultural behavioural patterns, and to be a leader by showing aggression on the court – both in the power of his game and, more importantly, his personality.

Over the weekend we watched closely as Nishikori defended his title in Barcelona. The Barcelona clay is quite firm under foot with a faster, higher bounce, very similar to the clay of Roland Garros.

Looking ahead to the French Open, Novak Djokovic is the clear favourite; should he falter, it seems of all the young contenders ready to grab an opportunity in an era of Big Four dominance, it is Nishikori who is primed to deliver.

Nishikori goes into the Roland Garros as a US Open runner-up and with career wins over Djokovic, Federer and Murray. The only scalp he is yet to take off the top four is Rafael Nadal, a nine-time champion in Paris.

In life and sport we build teams around us in the hope of achieving success. Andy Murray made the right choice in choosing Ivan Lendl, and major titles followed.

I see Nishikori’s choice in selecting Michael Chang as equally perfect and wouldn’t be surprised to see Nishikori lifting the trophy in Paris in a few weeks time.