Nick Kyrgios will make his inaugural visit to the traditional Wimbledon lead-up tournament at Queen's Club this year, and he's targeting immediate success. 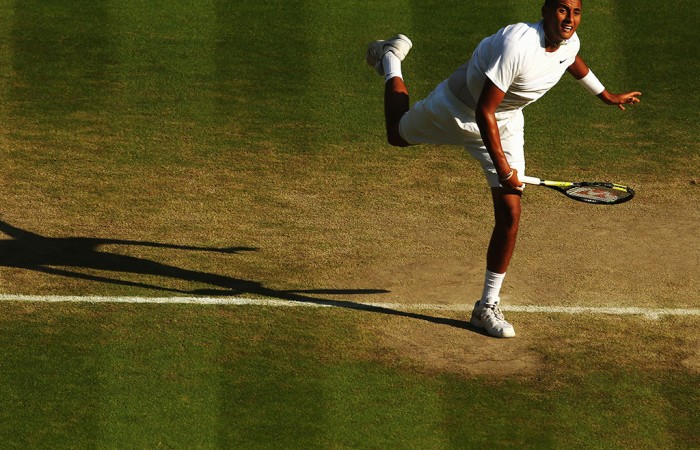 Nick Kyrgios will make his inaugural visit to the traditional Wimbledon lead-up tournament at Queen’s Club this year, and he’s targeting immediate success.

Kyrgios, who burst on the scene by defeating Rafael Nadal at Wimbledon last year, is excited at the prospect of sampling The Queen’s Club grass for the first time.

“I’m looking forward to it a lot,” said Kyrgios.

“I love playing on grass, it suits my game a lot and I’m excited. Wimbledon last year was my best experience so far and, every time I go to Britain, I feel comfortable.

“I love it when the crowd gets up there and, if I can get involved with the crowd, that’s when I play my best tennis. Hopefully, they will see a guy who wants to entertain and go for shots no one else goes for.

“I’m hoping for some big things on grass in the future. When I play on grass, I seem to serve really well, I feel really comfortable and I’m expecting big things on it.”

Kyrgios will have a tough time trying to win the title at his maiden attempt with Wimbledon semifinalist, Canada’s Milos Raonic, also making his tournament debut.