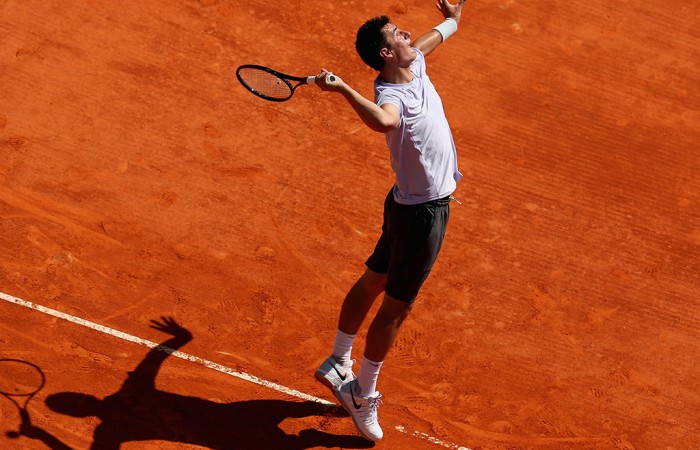 This week the European claycourt season gets underway at the Monte Carlo Country Club, simply the most beautiful setting for tennis anywhere in the world – the view overlooking the Mediterranean can turn a loss into a distant memory.

My focus this week is on Australia’s No.1 Bernard Tomic, and whether or not he can be a real contender on clay.

Clay is his worst surface, and there are two reasons for that.

His strokes are flat and penetrating, yet on clay a player is better served by playing with heavy spin. And his movement is poor – his inability to slide has been the thing that has held him back.

Yet it seems as though his hip surgery of last year has certainly given him greater range of flexibility, which has certainly assisted with improving his agility.

His first-round victory against Lukas Rosol of the Czech Republic suggests that at last there is some consistency in his attitude and discipline – without that, you have no chance to win on clay.

My hope is that he can go on and win eight to 10 matches throughout this claycourt season; if he does that he will come out of it a most improved player.

Bernard will head into Roland Garros as Australia’s top player and with a career-high ranking that guarantees him seeding, a plus that should help him navigate through to the mid rounds.

And should he meet a goal of notching up eight to 10 claycourt victories in the coming weeks, then look out for a great result at Wimbledon – the grass courts at SW19 are tailor-made for him!