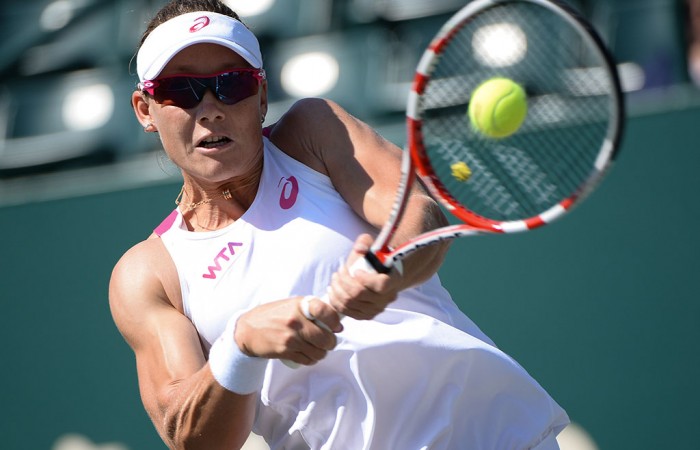 The ATP and WTA tours move onto the clay this week, and several Aussies will attempt to fine-tune their games on the dirt at events in Houston and Charleston.

Groth has already got off to the perfect start, winning his opening round match against Victor Estrella Burgos in straight sets to book a second-round clash with top seed Feliciano Lopez.

Hewitt, a wildcard into Houston, will face Japan’s Go Soeda in his opening match – with a likely second-round battle against seventh seed Jeremy Chardy should he progress – while Matosevic has a tough test in the form of No.8 seed Sam Querrey.

Matosevic, like Groth, is in the top quarter of the draw.

Stosur, a champion at the event in 2010, is the No.9 seed, and takes on qualifier Sesil Karatantcheva in her first match.

Should she continue to advance, she is projected to meet fifth seed Angelique Kerber in the last 16, and No.2 seed Ekaterina Makarova in the quarters.

Casey Dellacqua takes on 12th seed Belinda Bencic in her first-round match, a rematch of their second-round meeting recently in Miami which Bencic claimed in three sets.

Dellacqua’s segment of the draw is headed by No.6 seed Jelena Jankovic.

Ajla Tomljanovic is the other Aussie in action, and kicked off her Family Circle Cup campaign off with a win on Monday.

Her three-set victory over Alexandra Dulgheru of Romania sets up a second round match with either No.10 seed Varvara Lepchenko of the United States or Andreea Mitu, also of Romania.