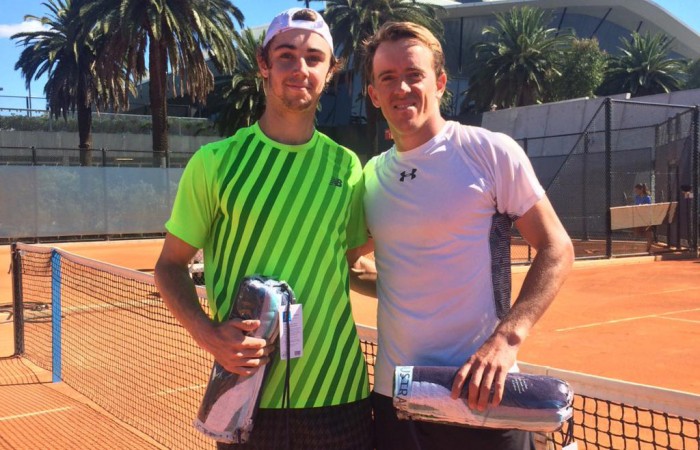 “It feels great,” Thompson said. “It’s exactly what I came here to do.”

The 20-year-old from Sydney was first out of the blocks in the final; whipping through the first set in quick time, but after fashioning an early break in the second, he was made to work hard as Statham upped his level and gave himself the opportunity to tie things up when he served for the set at 5-3.

However, Thompson took advantage of a double fault to earn the important break and never looked back, winning four consecutive games to take the title 6-1 7-5.

“I got out to a pretty good start,” he said. “(Statham) didn’t press me too much in the first set, I got up a set and a break, but he’s a great competitor. He stepped it up a lot and tightened the screws.

“But once I broke him back, I played pretty well, served two good games and held for the match.”

Despite being a four-time runner-up in Futures (three) and Challenger (one) events in 2014, the title marks the first for Thompson since September 2013 when he was successful in Alice Springs. It is the third ITF Pro Circuit title for the world No.243.

“Eighteen months is a pretty long time (between titles),” he said. “It’s always good to get a win.”

With Australia facing New Zealand later on Sunday in the Cricket World Cup final at the MCG, Thompson was happy to get Australia off to the right start against the Kiwis.

“That’s a more important one though,” he laughed.