Teenage qualifier Priscilla Hon has stormed into her maiden Australian Pro Tour final with a 6-2 6-0 victory over an injured Karolina Wlodarczak on Saturday at the 2015 Mornington Peninsula Women’s Tennis International. 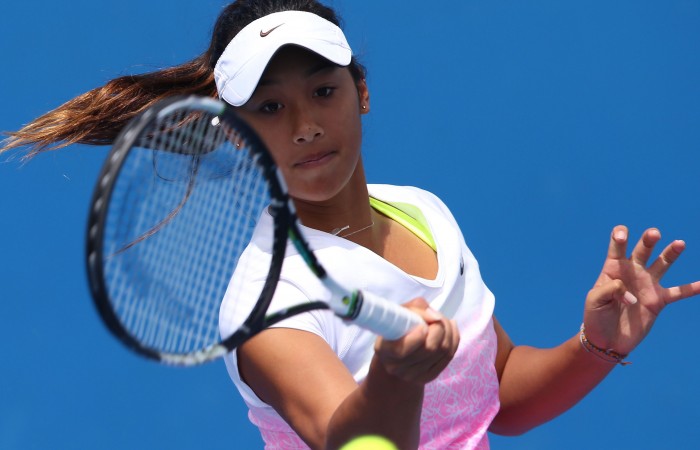 Teenage qualifier Priscilla Hon has stormed into her maiden Australian Pro Tour final with a 6-2 6-0 victory over an injured Karolina Wlodarczak on Saturday at the 2015 Mornington Peninsula Women’s Tennis International.

“I played really well, but it was a little bit easier than I was expecting.” Hon said, referring to the leg concern Wlodarczak carried into the match. “I’m just glad she was able to keep playing.”

The 16-year-old Queenslander was initially worried she would lose focus as she witnessed her opponent clearly struggling, but nothing of the sort eventuated.

“I managed to keep my head together and I got there in the end,” she said.

Hon has enjoyed a terrific run in Mornington, defeating fourth-seeded Frenchwoman Sherazad Reix and American Jennifer Elie on her way to the final. She has not dropped a single set through both her qualifying and main draw appearances.

On reaching her first final, Hon said, “My goal was to do well here and to achieve it is a great feeling. I’m really happy.

“I’ve always liked clay. I didn’t have a great season on it last year, but after this week, I definitely feel like I’m back and feeling confident on it again.”

The world No.761 now has top seed Sandra Zaniewska waiting for in the final, after the Pole proved too strong for Japan’s Ayaka Okuno – the third seed – winning 6-2 6-3.

Zaniewska has enjoyed some solid results in Australia this year and Hon – ranked nearly 450 places beneath the Pole – will have her work cut out for her on Sunday. However, given her outstanding form this week, she may just cause the top seed some headaches.

Either way, the rising star will arrive at the clay courts of Melbourne Park for next week’s 2015 Women’s International full of confidence – and possibly with a first Pro Tour title to her name.