Alison Bai and Matthew Barton have been crowned the women's and men's singles champions at the Mildura Grand International Pro Tour tournament. 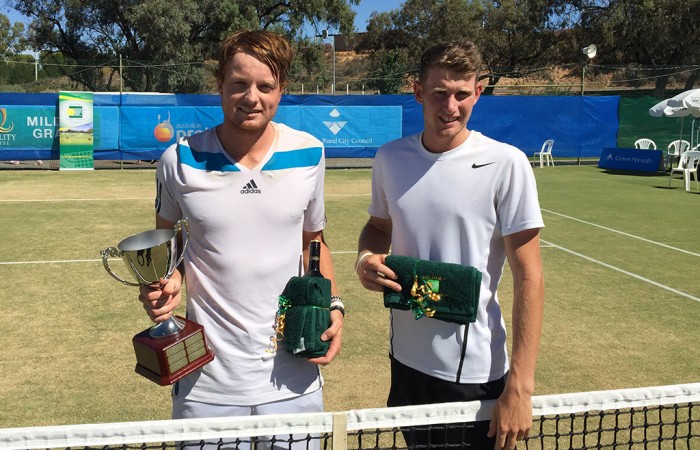 Canberra’s Alison Bai has taken her first Pro Tour title after defeating 16-year-old Kimberly Birrell in the final of the 2015 Mildura Grand Tennis International on Sunday.

“It’s definitely been a long time coming [winning a title].” Bai said. “It’s a great feeling but it’s just another stepping stone in my journey and in trying to be the best player I can.”

A losing finalist last year, 25-year-old Bai went one step further with a comfortable 6-3 6-3 victory over the rising young Queenslander, who entered the field this week as a lucky loser.

“I tried not to overthink it today,” Bai said. “Kimberly has great potential and she’s had an amazing week so I tried to just focus on my game and what I’ve been doing well.

“She was returning quite well but I knew if I stuck to my game plan, it would work pretty well.” 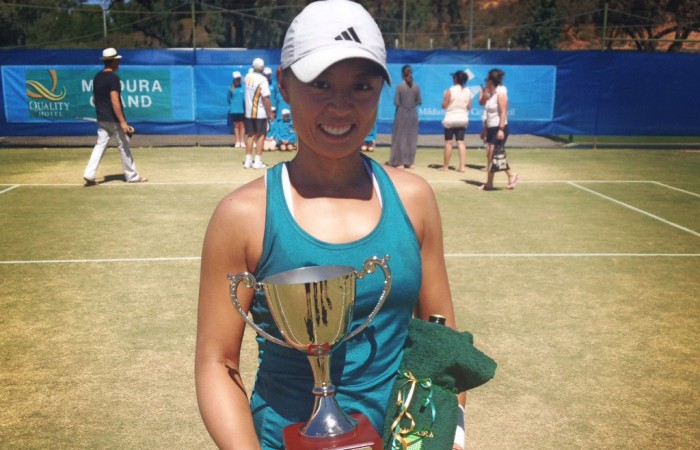 After his success in Port Pirie, Matthew Barton has made it consecutive titles with a win in Mildura on Sunday, the Sydneysider remaining unbroken in his straightforward 6-4 6-2 victory over 19-year-old Tasmanian Harry Bourchier.

The 23-year-old had too much power and experience for the teenager – appearing in his first Pro Tour final – and he never looked challenged throughout the match.

Barton lost just a single set in competition this week and the title yet again confirms his solid resurgence. After missing most of 2014 with knee issues, he is pleased to regain the kind of form that took him to a career high of world No.201 back in April 2013.

“I’m back to 100 percent now, so that’s a real positive for me,” he said. “Finally, I can move well, so hopefully I can get back to where I was a couple of years ago.”

After reaching the round of 16 and a semifinal respectively at ATP Challengers in Launceston and Burnie, as well as earning Pro Tour titles in Port Pirie and Mildura, Barton has every reason to believe a return to that level is well within his grasp.

“I’ve beaten some quality players already this year, so that’s inspired me,” he said.

“My mentality is to be aggressive, move into the net and finish the point there. It’s working for me at the moment, so I want to keep that going, keep developing it.”

In doubles action, the men’s title was won by Aussie duo Matt Reid and Carsten Ball who now add Mildura to titles in Port Pirie, Adelaide and Burnie. The Japanese pairing of Hiroko Kuwata and Yuuki Tanaka was successful in the women’s final.