Lleyton Hewitt has been given a wildcard entry into this year's Queen's Club tournament, where he has won four times. 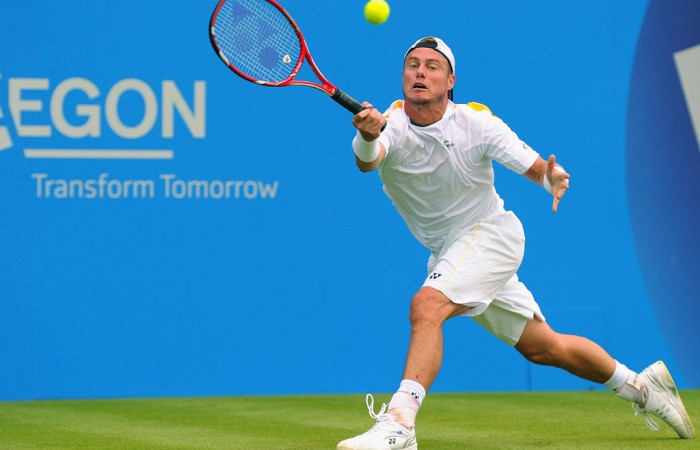 Lleyton Hewitt has been given a wildcard entry into this year’s Queen’s Club tournament, where he has won four times.

Organisers at the major Wimbledon warm-up event say it took them about “two seconds” to decide to give the Australian a wildcard, as he winds down his career ahead of his farewell appearance at next year’s Australian Open.

The 33-year-old is currently preparing for Australia’s Davis Cup World Group tie against the Czech Republic next month, and after that he will turn his attention to grass ahead of the Queen’s event in June.

“I can’t wait to get back there (Queen’s) one more time,” Hewitt said.

“I’ll enjoy the grass one more time, and then finish off where it all started for me, at the Australian Open.”

Hewitt’s ranking has slipped to 81st and, with injuries taking their toll, he has increasingly struggled to make an impact on the big stage where he once thrived, winning two Grand Slams.

He was eliminated from last month’s Australian Open by Benjamin Becker after surrendering a two-set lead, but Hewitt still believes he can mix it with the best on grass.

“I still give myself a good shot, obviously with a bit of good luck in the draw,” Hewitt said.

“But the grasscourt tournaments do throw up a few surprises, and it’s where I have my best opportunity because not that many players are contenders for the big tournaments on that particular surface.

“If the draw opens up, you never know what might happen. I’ll be going in to do some damage.”

Andy Murray and defending champion Grigor Dimitrov have already committed to playing at Queen’s this summer, and tournament director Stephen Farrow says he had no hesitation in guaranteeing Hewitt his place.

“It took us roughly two seconds to decide to guarantee Lleyton a wildcard,” said Farrow.

“It is a little unconventional to award wild cards before the entry list has been finalised, but Lleyton is one of our greatest champions and we were delighted to hear that he wanted to return one more time.”