David Hall to be inducted into Australian Tennis Hall of Fame

Australian wheelchair tennis legend David Hall will be inducted into the Australian Tennis Hall of Fame during a special ceremony at Rod Laver Arena at 6:30pm tonight. 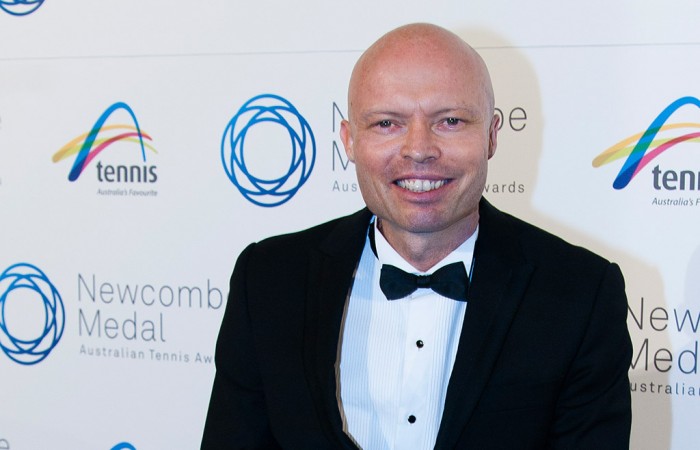 Australian wheelchair tennis legend David Hall will be inducted into the Australian Tennis Hall of Fame during a special ceremony at Rod Laver Arena at 6:30pm tonight.

The winner of a staggering nine Australian Opens, eight US Opens and seven British Opens, Hall is one of the most accomplished wheelchair tennis players in history.

“It is a wonderful honour, especially considering the rich history Australian tennis has had over the years,” Hall said.

“To be thought of as being a small part of that history is very humbling for me. Tennis has given me more than I could ever repay and for that I will always be grateful.”

Born in Sydney, New South Wales, Hall began playing wheelchair tennis at age 19, three years after losing his legs after being hit by a car.

He went on to enjoy a stellar career, completing six seasons atop the world rankings throughout the 1990s and 2000s and triumphing at least once at every major tournament in the sport, finishing his career with 19 Super Series crowns.

His success extends to the Paralympic Games; at Sydney in 2000 he won gold in the singles, then claimed silver at Athens in 2004.

The Australian helped lead his country to four World Team Cups and won two NEC Singles Masters titles, in 2002 and 2004.

He was also adept in doubles, becoming world No.1 for the first time in 1994 and finishing his career with an impressive 397-89 win-loss record.

Since retiring in 2006 Hall has dedicated himself to promoting wheelchair tennis. He is the Optus Australia Wheelchair Ambassador and also sits on the selection panel for Australia’s Most Outstanding Athlete with a Disability as part of the Newcombe Medal, Australian Tennis Awards.

1999: Australia inducted into the International Tennis Hall of Fame