Their Australian Open dream was short-lived, but Victorian pair Masa Jovanovic and Sam Thompson have enough memories to last a lifetime. 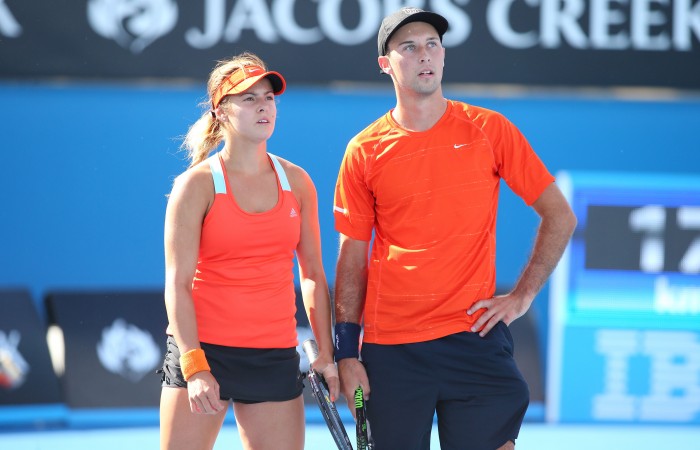 Their Australian Open dream was short-lived, but Victorian pair Masa Jovanovic and Sam Thompson have enough memories to last a lifetime.

The amateur pair had a set point against Martina Hingis and Leander Paes before going down 6-2 7-6 (7-2) in the first round of the mixed doubles on Sunday.

The once-in-a-lifetime opportunity came about after Tennis Australia ran a national competition, open to anyone, late last year with the grand prize a wildcard into the mixed draw at Melbourne Park.

“They definitely earned their spot in the draw,” Hingis said.

“They really had the crowd support on their side too – it was a lot of fun.”

The seventh-seeded pairing steamrolled through the first set before Jovanovic and Thompson hit back, catching Paes off guard.

Thompson, who is studying a Masters of Mathematics at Melbourne Uni and works part-time at Boroondara Tennis Centre, was alarmed to concede the first eight points of the match.

Their first point came off a Hingis error and was met by rapturous applause from the local crowd.

“After the first set, I think we relaxed a little bit,” Thompson said.

“I almost accepted that we might just get wiped off the court.

“It was just incredible though – what an opportunity it was for both of us.”

Jovanovic aced Paes in the first set and said that while it was a fleeting moment on the big stage, she’ll always have the memory of the time she hit a smash winner past a former world No.1.

“I hit the smash and then tried to get back because I know she’s got such great hands at the net.

“To even have a chance to be on court with them was unbelievable.”