Lleyton Hewitt has no plans to retire, saying he's enjoying the thrill of his record 19th straight Australian Open ride too much to walk away just yet. 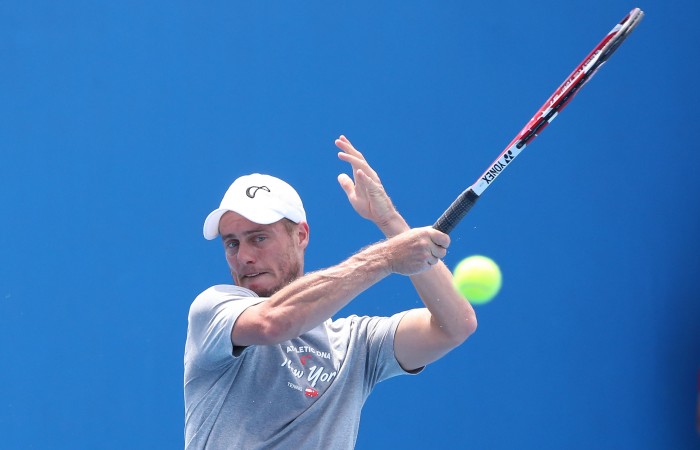 Benjamin Becker famously ended Andre Agassi’s glittering career at the 2006 US Open, but Lleyton Hewitt refuses to suffer the same fate at the German’s hands at Melbourne Park.

Win or lose to Becker on Thursday, Hewitt has no plans to call it quits, saying he’s enjoying the thrill of his record 19th straight Australian Open ride too much to walk away just yet.

“The motivation, the buzz is still there,” Hewitt said after reaching the second round for the first time in three years.

“I love walking through the corridors, the practice sessions on Rod Laver Arena, the week leading up to the slam.

“The start of the Australian Open, there’s always a real buzz around anyway.

“But this is one of the things I will really miss when I do eventually retire.”

Hewitt’s more immediate focus is finding a way past Becker, a fellow 33-year-old who is playing the best tennis of his career.

Hewitt beat Becker in their only two previous meetings, but they were five years ago and the German has since climbed to his best ranking of No.35 in the world in October.

He started the Open ranked 41st, 46 spots higher than Hewitt.

“He’s an experienced campaigner. He’s been around for a long time. He’s won quite a lot of big matches. I think he plays pretty well over five sets.”

If he wins, Hewitt could meet eighth seed Milos Raonic in the third round, the big-serving Canadian he took down at the same stage in 2012 en route to a last-16 showdown with world No.1 Novak Djokovic.

As fate would have it, Hewitt faces an identical draw this year, with Djokovic again looming in the fourth round.