Rafter keeping a lid on expectations 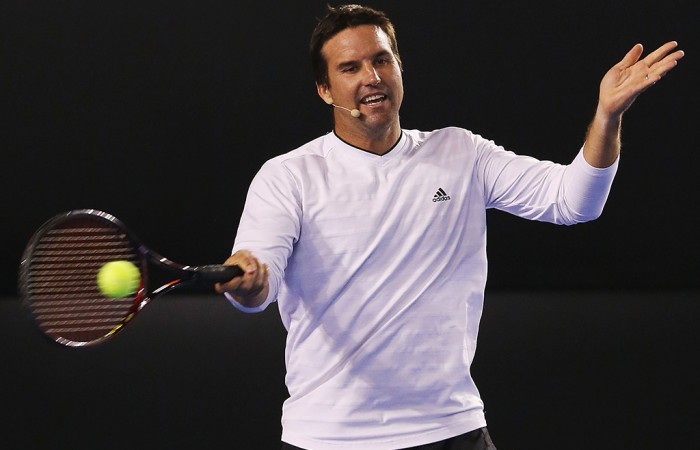 Led by teenage sensations Nick Kyrgios and Thanasi Kokkinakis, the tournament hosts have enjoyed their best start to the Australian Open since the turn of the century.

Rafter acknowledged the great start for Australia, but said: “We can’t get ahead of ourselves either”.

“We have got good numbers coming back into it. I just want to keep it all in perspective too and just keep all the guys down to earth and grounded,” he said.

“It’s important for these guys to understand it’s just a first round and we’re building towards something in the next five or 10 years.”

Rafter noted that hype had crippled talented youngsters in the past.

“That’s why we want to keep it very level,” said the former world No.1.

“There probably are some players who get more attention than others … if we get affected by all the stuff around you, media and social media, I think it can have a negative effect.”

Rafter credited Tennis Australia’s development system for creating the new-found depth, but warned fans it could still be five years or more before the 28-times grand slam-winning nation supplied another grand slam champion.

“There are some kids out there, both the men’s and women’s side of things, that have potential to do some great things,” said Rafter, the newly appointed Director of Performance for Tennis Australia.

“I don’t really know exactly how they’re going to go. It’s really hard to tell at that age.

“On the men’s side of things, we’re also seeing potential with a lot of these kids, but that’s all it is, is potential.

“I can’t tell you if they’re going to be grand slam champions or not, but they certainly have an X-factor that puts them in the mix of being great champions.”

Tennis Australia has also appointed American Paul Annacone, who boasts Roger Federer and Pete Sampras as two of his former charges, as a consultant to Rafter.

Annacone says the challenge now for TA is to build on its “great foundation”.

“The biggest thing is to keep it in perspective and understand, for lack of a better cliche, that it actually is a journey,” he said.

“It’s not a destination. The idea is to keep the kids aware of that.

“As exciting as these two weeks are, and a first round win is, that’s great, but there is more work to do.

“Enjoy it, but just keep going.”