Lleyton Hewitt identifies his first-round match at the Australian Open against China’s Ze Zhang as important as any he’s ever played. 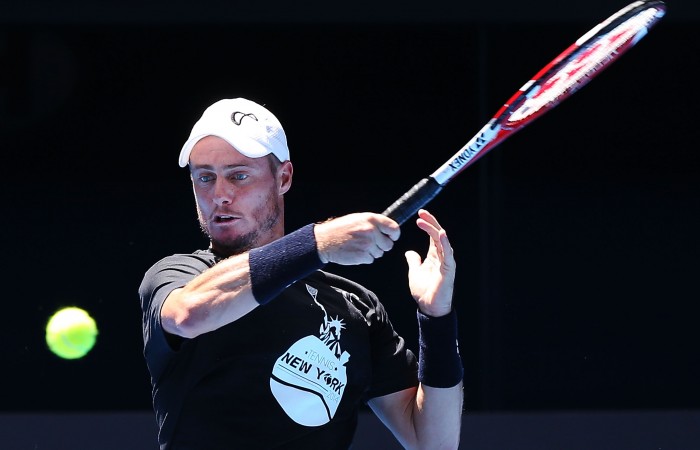 As Australian veteran Lleyton Hewitt prepares for his record-breaking 19th Australian Open, expectations are tempered, yet the 33-year-old identifies his first-round match against China’s Ze Zhang as important as any he’s ever played.

Refusing to declare the 2015 tournament as his last home major, Hewitt remains dedicated to delivering his trademark doggedness and fighting spirit on Tuesday.

Hewitt, relaxed but as straight-forward as ever, said that despite his age and his ranking of world No.86, every player has an equal shot at the ultimate prize.

“When you start the tournament, the dream’s still there for everyone, the 128 of us that are in the draw,” he reasoned on Saturday.

Realistically, Hewitt’s chances of going deep into the Open are slim, nonetheless his determination to succeed and give 100 per cent is obvious: “I’m trying to do absolutely everything in my power to get over the line and get the win.”

Comparable to past years, Hewitt’s draw is favourable, with the South Australian potentially not having to face a top-10 player until a possible round three matchup with Canadian Milos Raonic.

But refusing to look ahead of Zhang, Hewitt remains adamant that he needs to treat every match as crucial as each other.

“Over the years I think I pride myself on not looking too far ahead anyway,” he said.

“Even when I was No. 1 in the world, I always played every match on its merits, gave the utmost respect to my opponents who I had to play.”

Zhang, who received a wildcard entry into the tournament, is the world No. 187, but Hewitt knows better than to underestimate his opponent.

“He’s a dangerous player,” he said.

“He swings from the hip on a lot of shots. He’s got a good serve, nice forehand, backhand. Likes changing direction off both sides. He has had a couple of pretty good wins in his career. He’s a good competitor, as well.”

Having won both of his encounters with the Chinese, Hewitt remains confident about his chances.

“I’ve got to go out there and at least I know what I’m going to expect and we’ll come up with a game plan, then it’s about me trying to execute that on the day,” he said.

Confident about the future of Australian tennis, Hewitt labels compatriots Nick Kyrgios and Bernard Tomic as the leading lights of the best crop of youngsters he’s seen throughout his career.

“For a while, I guess I was the only one and we didn’t have a lot of juniors, we sort of struggled to make that transition from really good junior players in the Grand Slams to making it onto the senior tour,” Hewitt said.

“But now, there’s probably a few more in a group coming through than I’ve ever seen in my time.

“Nick has a pretty good section of the draw I think that he’s in. Bernie is in a pretty good section, as well. Bernie has been playing well the last couple weeks. Obviously Nick would have liked some more matches under his belt coming in. If he can get his teeth into the tournament, I don’t think that’s a big worry for Nick.”

Throughout his time at Melbourne Park, Hewitt has seen a full spectrum of changes to the game and the tournament. Whether we’ve seen the last of ‘Rusty’ at Melbourne Park after 2015 remains to be seen, but he’ll treat this year’s edition of the Australian Open with the same respect and hunger as he did his first in 1997. That much is guaranteed.