Stosur in action in Sydney

Australian No.1 Samantha Stosur will begin her Sydney International campaign on Monday afternoon. 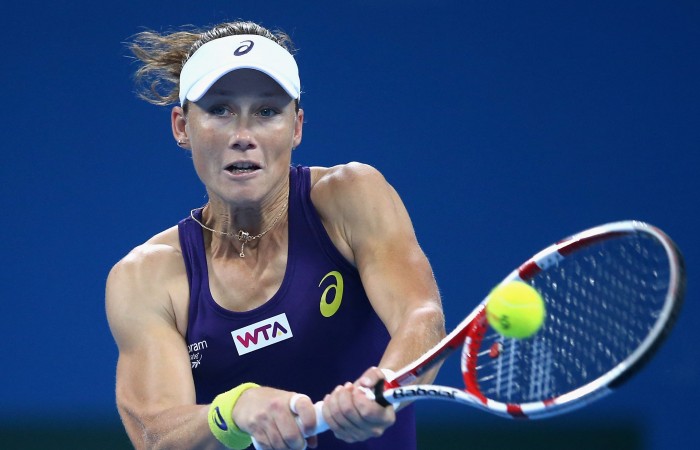 Australian No.1 Samantha Stosur will begin her Sydney International campaign on Monday afternoon.

Stosur was due to meet Czech world No.16 Lucie Safarova on Sunday but a rain delay of more than four hours saw tournament organisers put the clash back until day two.

The match will open the day’s play on Ken Rosewall Arena, the Sydney Olympic Park showcourt.
Stosur needs to find some form before heading to the Australian Open after crashing out in the opening round in Brisbane last week and faces a difficult task against the Czech left-hander.

Safarova, who reached the semifinals at Wimbledon last year, holds a 9-2 record over the Australian No.1.

Victory for Stosur would likely set up a second-round clash with fourth seed Caroline Wozniacki who faces Barbora Strycova Zahlavova on Monday afternoon.

The Dane jetted in to Sydney on Sunday having reached the final of the WTA event in Auckland where she lost to Venus Williams in three sets.

Queensland qualifier John-Patrick Smith will face Mikhail Kukushkin from Kazakhstan for a place in the second round.