An insight into all the action of the opening day at the Apia International in Sydney. 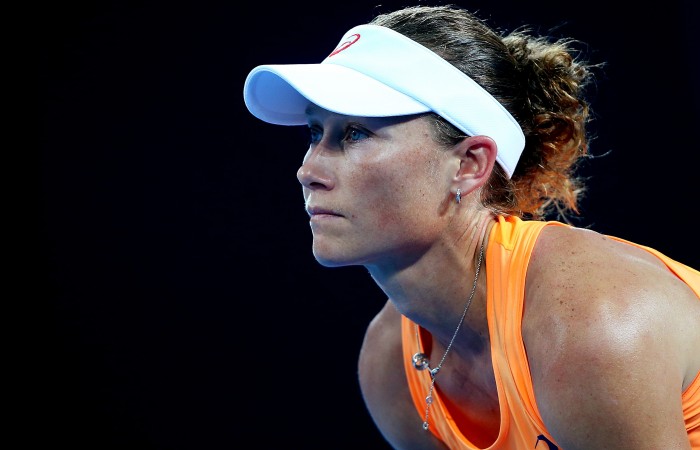 It’s the day fans have been waiting for – the beginning of main draw action at Apia International Sydney 2015. And with a particularly stacked women’s field, the big names are gracing Ken Rosewall Arena from the get-go.

Which are the matches to see? Who could cause a boilover? What other things can fans look forward to? Find out all this and more in our Sydney sneak peak for Day 1.

This match pits the local hope Stosur against the surging Safarova, who displayed great tennis at this week’s Hopman Cup and very nearly toppled world No.1 Serena Williams. Stosur has historically struggled at home, and even more against Safarova; the Aussie is 2-9 lifetime against the Czech, and has difficulty with the left-handed match-up. But she will take confidence from the fact that although the win-loss record is lopsided, the bulk of their matches have been close affairs. Their last contest in Charleston went three tight sets, and there have been many a 7-5 and 7-6 sets throughout their history. It’s going to take a big effort for Stosur to unseat the higher-ranked Safarova, but she’ll have the home crowd behind her on Ken Rosewall Arena.

Expect big hitting from both these women, who each own huge serves and heavy forehands. It also represents a inter-generational battle, with the veteran Kuznetsova – a two-time Grand Slam champion beginning her 16th season as a pro – trying to hold off the rapidly-improving teenaged American.

Speaking of teenagers, highly-rated 17-year-old Bencic will take to Ken Rosewall Arena looking to maintain the form that saw her surge from outside the world’s top 200 to No.33 in a stellar 2014. She’ll battle local wildcard Gavrilova, who will be playing in her first Aussie summer of tennis for her adopted nation and arrives in good form after successfully qualifying for and winning a round in Brisbane. Two crafty players with excellent court sense.

Petkovic may have finished 2014 strongly with a victory at the WTA Tournament of Champions, but Gajdosova enjoyed a similarly successful latter half of last season, bursting back inside the top 70 thanks to two ITF titles and solid form at WTA level. The Australian, a former world No.25, has both the experience and the power to contend with Petkovic, and is looking fit and sharp after an excellent pre-season in Australia.

> check out the full order of play for Sunday