Top seed Maria Sharapova has made the perfect start to her Australian Open preparation by downing Ana Ivanovic to claim the Brisbane International title. 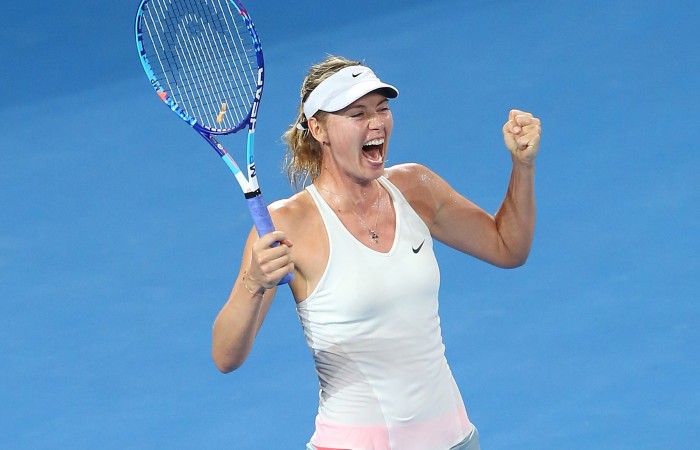 Top seed Maria Sharapova has made the perfect start to her Australian Open preparation by downing fellow former world No.1 Ana Ivanovic to claim the Brisbane International women’s title.

World No.2 Sharapova sounded a warning ahead of the opening grand slam when she overcame early resistance to overpower the Serbian 6-7 (4-7) 6-3 6-3 to claim her 34th career title on Saturday.

It is another shot in the arm for Sharapova ahead of yet another assault on the Australian Open, which she won in 2008, beating Ivanovic in the final.

But it was more pain for second seed Ivanovic – in more ways than one.

Nursing an abdominal complaint that forced her to withdraw from her Brisbane doubles quarter-final this week, world No.7 Ivanovic called for a 10 minute time-out with a trainer after conceding set point in the second with a double fault.

The Brisbane final marked the first time the pair had met Down Under since the 2008 Australian Open final.

Five-time grand slam champion Sharapova, 27, claimed the $US241,316 winner’s cheque after extending her head-to-head record against Ivanovic to 10-4.

It ensured she extended her remarkable habit of winning at least one title a year since 2003.

Sharapova had dropped just nine games in her three Brisbane matches to get to her 56th WTA final.

And she looked set to maintain that dominance by racing to a 3-1 first set lead.

However, Ivanovic broke back in the seventh as Sharapova’s service game fell apart.

Sharapova endured seven double faults, 27 unforced errors and registered a lousy first serve percentage of 38 as Ivanovic held her nerve to clinch the first set in just over an hour.

But Sharapova still jumped to a 3-1 lead in the second as her first serve radar returned.

She went on to clinch it in 48 minutes as Ivanovic called for her trainer.

But the Russian finally held her nerve – and serve – to close out the match in more than two and a half hours at Pat Rafter Arena.