Groth bows out of Brisbane International

Sam Groth's 2015 Brisbane International campaign ended on Friday when he went down in his quarterfinal to Canadian third seed Milos Raonic in three sets. 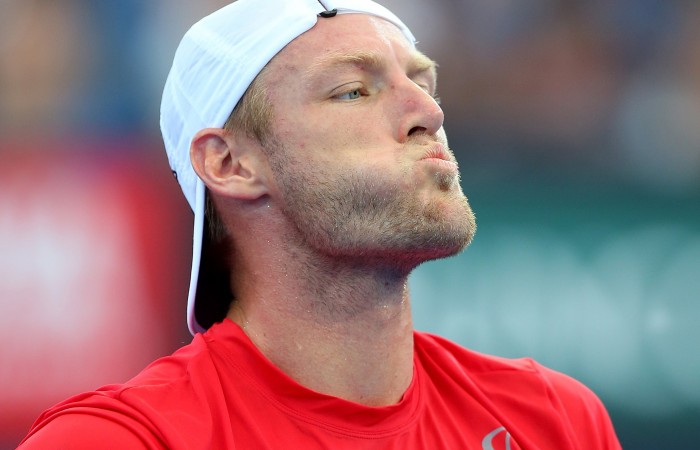 Just two Australians remain in the Brisbane International after Canadian third seed Milos Raonic held out Sam Groth in their quarterfinal on Friday.

The remaining Australians – Bernard Tomic and wildcard James Duckworth – are in quarter-final action later on Friday.

World No.85 Groth may have been ranked 77 places lower than the big-serving Canadian but the 27-year-old did not look outclassed in an encouraging sign ahead of the Australian Open.

Groth holds the record for the world’s fastest recorded serve at 263.4kph and it was once again his big weapon against fellow big hitter Raonic.

Groth did not have his serve broken once in the quarterfinal shootout that featured a total of 37 aces, including 22 to the Victorian.

In his second straight Brisbane quarterfinal appearance, Groth gave Raonic plenty to think about after breaking in the second game of the second set and clinching it by thrashing 15 winners and seven aces.

But the shock first-round victor over defending champion Lleyton Hewitt was denied his biggest scalp yet when Raonic closed out the third set tiebreak 7-2.

Raonic’s booming serve inspired a breakthrough 2014 in which he made the Wimbledon semifinals and French Open quarters.

He served the second most aces on tour last year – 1107 of them – but still looked to improve it in the off-season.