The 2015 Australian Open will offer the richest purse in tennis history. 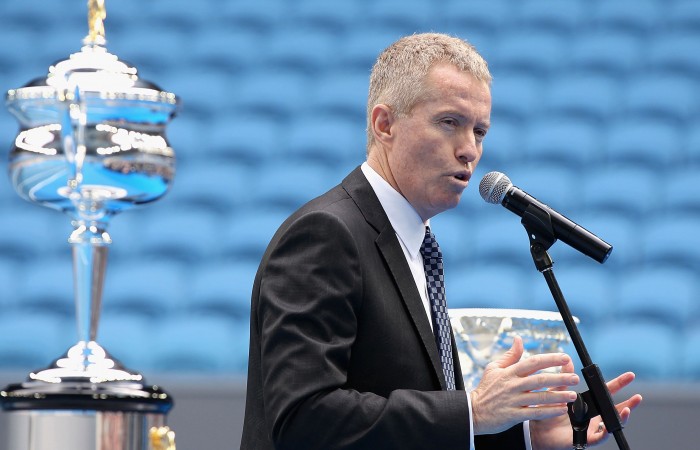 This month’s Australian Open will offer the richest purse in tennis history.

The men’s and women’s champions will each bank cheques for a whopping $3.1 million from the world-record $40 million prize money pool.

Even first-round losers will receive $34,500 at the season-opening grand slam at Melbourne Park starting on January 19.

Officials say they wanted to ensure the gains made in player compensation were not eroded by the weaker Australian dollar, and effectively upped their total prize money by $4 million.

“Obviously this is not a decision we have taken without a lot of consideration,” Tennis Australia boss Craig Tiley said on Friday.

“But we have an ongoing commitment to the players that we are determined to help improve the pay and conditions of life on the international tennis tour.

“We are honouring that commitment.”

While the game’s superstars are richly rewarded, with world No.1 Novak Djokovic last year accruing a staggering $US14,250,527 ($A15.42 million) in prize money, the sport’s lower-ranked players continue to scrap for a living.

Battlers outside the top 100 who struggle to make grand slam main draws nevertheless still have to pay for travel, accommodation and support staff, including coaches, physiotherapists and, if they can manage it, dieticians and nutritionists.

“This increase is simply the Australian Open honouring our pledge to the players that we will continue to look at all ways and means possible to get this right.

“That involves increasing prize money as well as cutting and where possible removing the costs associated with playing our events.”

The Australian Open, regarded by the players as the Happy Slam, was the first major to dramatically increase its prize money in 2013 – from $26 million to $30 million – following ongoing negotiations with the players and an agreement for a series of annual rises.

Last year the prize pool was lifted to $33 million and plans were announced in October for a further increase to $36.3 million.

“We have done a lot of work within our business to position ourselves to make this critical investment in the players and for the long-term future of the Australian Open,” said Tennis Australian president Steve Healy.

The move means the Australian Open prize money has effectively doubled since it was at $20m in 2007.