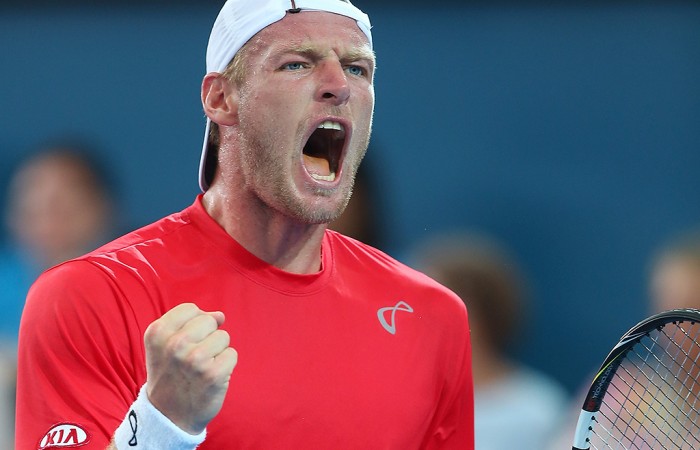 Groth on Thursday initially looked to have picked up where he left off from his stunning first-round thrashing of defending champion Lleyton Hewitt.

He struck 21 winners to claim the first set in a whirlwind 38 minutes.

But world No.177 Kubot showed why he is a former Wimbledon quarter-finalist by unleashing his own power game on the 27-year-old.

He sealed the second-set tiebreaker with his 12th ace and again went toe to toe with Groth in the third before finally succumbing to the crowd favourite.

Groth faces a much sterner challenge in the quarter-finals judging by world No.8 Raonic’s second-round demolition of Kazakhstan’s Mikhail Kukushkin on Thursday.

The big-serving Canadian thundered down 17 aces and never faced a break point on his way to a 6-3 6-4 second-round triumph.

A Wimbledon semi-finalist, Raonic came out swinging in his first match of the year after receiving a first-round bye.

The 24-year-old will be keen to back up from a breakthrough 2014 in which he also made the French Open quarter-finals.