Bernard Tomic will be surrounded by friendly local fire at a difficult Brisbane International where he hopes to continue his "emotional" career fightback. 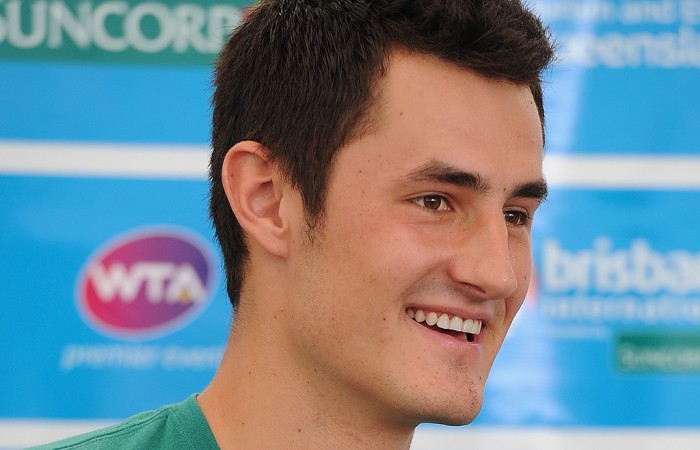 Bernard Tomic will be surrounded by friendly local fire at a difficult Brisbane International where he hopes to continue his “emotional” career fightback.

As low as 124th in the world last July, the maturing Tomic is back up and running and eying a top-20 ranking this year after overcoming hip surgery and a host of doubts.

A second tour title in Bogota re-instilled belief for the 22-year-old who enters the Australian summer with far less expectation and home-town pressure.

“It was a very emotional year for me and for me to win that title was huge really,” the world No.56 said.

“I dropped back to around 120 in the world because I didn’t play for five months. So to win a title in the first months back from surgery meant a lot.

“It got me to top 60 in the world and I was happy with that. Now is the time to focus on the next six months.

“My main priority is to get my ranking up to where it should be. Getting inside the top 20 is my goal.”

But from there it’s not inconceivable for him to draw compatriots until the final if he plays to his best.

Teenage wildcard Thanasi Kokkinakis, who faces Frenchman Julien Benneteau in the first round, could be a second-round rival and Matosevic a quarterfinal opponent.

All going well Tomic could then play defending champion Lleyton Hewitt in the semifinals so long as the 33-year-old overcomes big-serving Victorian Sam Groth and then goes on a run of his own.

Hewitt and Tomic are on the opposite side of the draw to Roger Federer – leaving open the prospect of a rematch of last year’s epic three-set final by Hewitt over the Swiss great.

World No.2 Federer has a first-round bye but could well have his usual crowd support diminished in his opening match, with Brisbane wildcard John Millman set to meet the top-seed if he overcomes a qualifier.

In the women’s draw, Sam Stosur will play Varvara Lepchenko in the opening round where a victory would pit her against either Australian Open runner-up Dominika Cibulkova or rising American Madison Keys.

Fellow wildcard Jarmila Gajdosova must overcome China’s Shuai Zhang first up for a second-round clash with world No.5 Ana Ivanovic.