Lleyton Hewitt is unconcerned by a massive rankings drop and changing of the guard if he fails to defend his Brisbane International title next week. 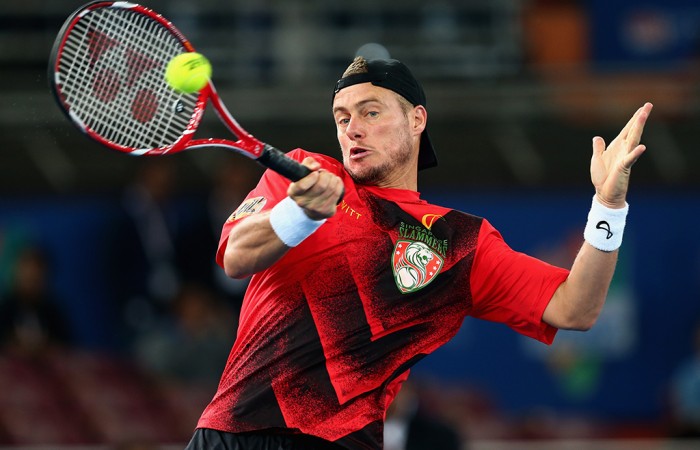 Lleyton Hewitt is unconcerned by a massive rankings drop and changing of the guard if he fails to defend his Brisbane International title next week.

Hewitt would plummet from 50th to as low as 84 if eliminated in the first round at Pat Rafter Arena.

That could see him slip from being the top-ranked Australian man to the country’s No.5 in one hit.

With the former world No.1 defending 250 points won from last year’s success in Brisbane, even another final’s appearance in the season-opening tournament starting on Sunday, would prompt a slide.

It leaves Nick Kyrgios (No.52) and Bernard Tomic (No.56) set to move ahead of the two-time major champion in the rankings.

But Hewitt, who turns 34 next month, denied any pressure to maintain his current ranking following a year in which he also picked up his 30th career title in Newport.

“I couldn’t care about points and rankings any more,” he said on Friday.

“For me I would have taken it any time of the year to win a title and then have to go out there and play for those points, it doesn’t faze me.”

With 19-year-old Kyrgios, fellow teenager Thanasi Kokkinakis and Tomic (22) all with their best years ahead of them, this summer shapes as a time of potential baton passing as Hewitt prepares for his 19th Australian Open campaign.

The man himself, appearing as fit as ever as he practised with Tomic on Friday, isn’t looking at it that way.

“I think Nick coming up, obviously him, Bernie, Thanasi, are going to be the No.1 Aussies for a long time after I’m done anyway,” he said.

“Points, right where I’m at in my career, doesn’t mean a lot.”

The problem without a high ranking for Hewitt, however, is the fact he’s at the mercy of the draw each time he plays, highlighted by last year’s Grand Slams when he only progressed to the second round at Wimbledon.

Unseeded in Brisbane, he could face a top-20 player first up or the man he defeated last year to win the title, top seed Roger Federer – who gets a first-round bye – as early as the second round.

“Every match, all five (rounds) are going to be tough and it doesn’t matter who you come up against.”

Hewitt is one of seven Australian men in the main draw at Brisbane, with Marinko Matosevic (No.75) and Sam Groth (81) directly entering the main draw on the rankings, and Kokkinakis, James Duckworth and John Millman granted wildcards.

Sam Stosur, starting the year as world No.22, leads the local women’s charge with Croatian-born Alja Tomljanovic and Jarmila Gajdosova.