A top 25 ITF junior star who reached the Australian Open 2014 girls' semifinals, Kimberly Birrell is this week the top seed at the 18/u Australian Championships at Melbourne Park. 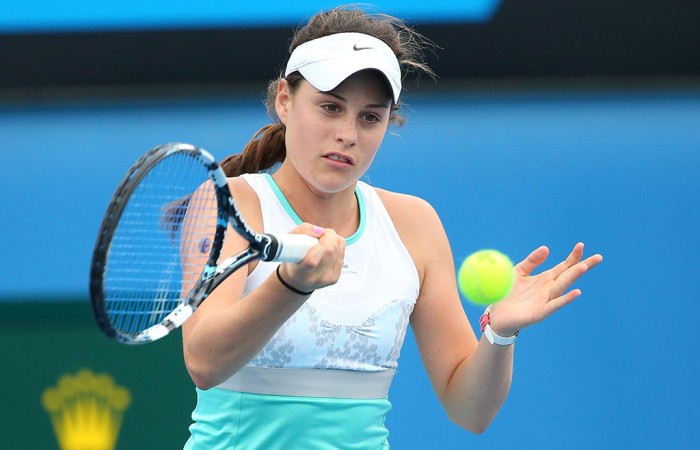 Each day we’ll be featuring a player who is one to watch throughout the December Showdown and into the Australian summer. Today it’s Kimberly Birrell, the top seed in the girls’ 18/u Australian Championships.

An Australian Open girls’ singles semifinalist in January, Birrell enjoyed a season of great success on the ITF junior circuit that saw her crack the top 20 in October and reach finals in Manila, Montreal and Osaka.

She is a quality ball-striker who can hit her spots with laser-like groundstrokes, and, according to tennis insiders, is one of the nicest girls around.

Birrell, who hails from the Gold Coast, also represented Australia in Junior Fed Cup finals in September in Mexico.

This week she has arrived at Melbourne Park as the top seed in the 18/u Australian Championships girls’ event, in which she heads round robin Group A.

Read more about Birrell and other emerging Aussie talents in the December “Summer Special” of Australian Tennis Magazine.