The Tasmanian Devils are in a great position to move forward to the South East Conference ATL play-off rounds in Melbourne this Sunday 14th December. 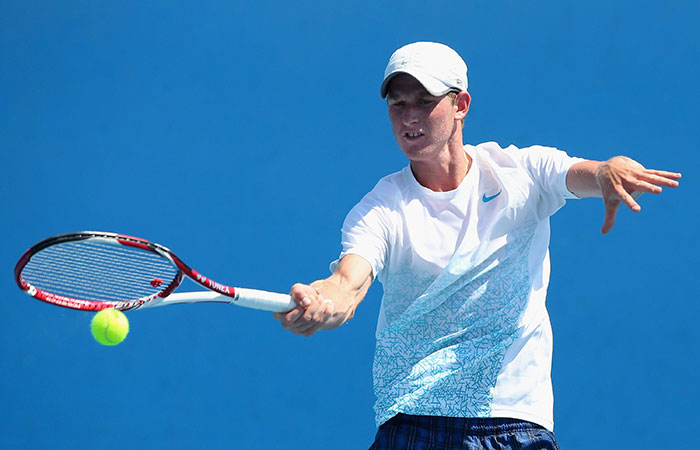 As week two came to a close on a blustery afternoon at the Launceston Regional Tennis Centre, our Tasmanian Devils are in a great position to move forward to the play-off rounds in Melbourne this Sunday 14th December.

After four rounds our Devils are two wins and two losses after splitting two contests against their highly fancied opponents. The Devils outfit are surprising the competition, currently sitting in third position after four rounds of play.

Round three kicked off under the lights at the Royal South Yarra Lawn Tennis Club on an overcast Friday night. With all teams embracing the fantastic atmosphere of the ‘Super Round’ concept (where all six teams play at the same venue), the round lived up to its billing with some phenomenal tennis on hand by Australia’s top ranked tennis players.

After a tense three hour battle it was our Tasmanian Devils led by Harry Bourchier claiming a comfortable win over the Dingley Dingoes.

After this setback the Devils were able to get on a roll, claiming important wins from Italian import Ricardo Stiglich and Tasmanian born Jay Salter. After splitting the doubles the Devils claimed a very important 4-2 advantage going into Sundays round in Launceston.

In a great coup for sport in Launceston, yesterday played host to round four of the ATL with the Launceston Regional Tennis Centre playing host to all six teams from the South-East conference.

After a fantastic clinic put on by the ATL stars it was down to business in a carnival type atmosphere with live music performed by Cody, Tim and Amber from ACT; providing the perfect backdrop to the stellar tennis on court.

In one of the matches of the competition rising stars Blake Mott (Tennis World) and Andrew Whittington (Kooyong) played out an enthralling classic match with Mott coming out the victor.

Meanwhile on the feature courts our Tasmanian Devils were pushing the undefeated Royal South Yarras the full distance. After splitting the first two matches the Devils were unable to keep pace with the star studded Yarras, going down 4-2.

Local sensation James Bolzonello paired up with Tasmanian born Jay Salter to upset the highly touted combination of Adam Hubble and Dane Propoggia in a third set tie-break. In the end it was the worlds 158 ranked player Luke Saville proving the difference with his world class backhand punishing our Devils.

After the two middle rounds of the competition our Tasmanian Devils currently sit third with the final round being played this Friday in Melbourne. If the Devils can defeat the last placed Waverly Warriors they can possibly secure a top two finish with a loss dropping them to as low as 5th. It has been an incredible inception into the highest level competition in the Asia-Pacific region with the young Tasmanian outfit exceeding all expectations thus far.