One of the younger players emerging through the Aussie ranks at age 13, impressive talent Dane Sweeny will contest the 14/u Australian Championships during the December Showdown. 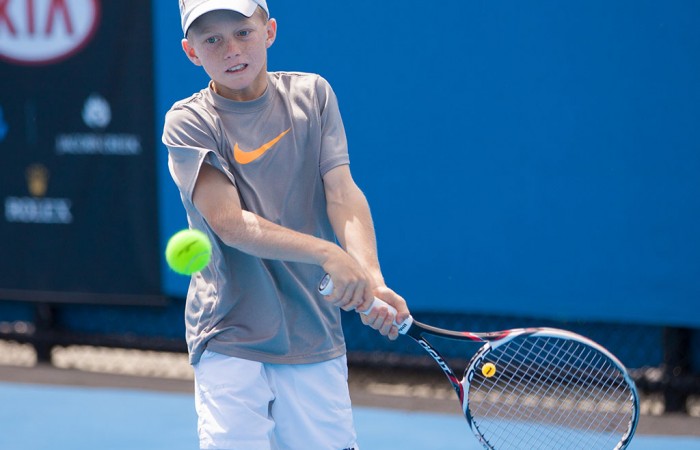 Each day we’ll be featuring a player who is one to watch throughout the December Showdown and into the Australian summer. Today it’s highly-touted junior Dane Sweeny, who will contest the 14/u Australian Championships.

One of the younger players emerging through the ranks at age 13, Dane Sweeny is diligent, professional and committed to improvement, an impressive talent who covers all bases when it comes to developing a champion.

Notable for being one of the better movers in the Australian player pathway, he debuted on the ITF junior circuit in 2014 with an appearance in Kawana, Queensland.

Read more about Sweeny and other emerging Aussie talents in the December “Summer Special” of Australian Tennis Magazine.