Harry Bourchier, a finalist in last year's 18/u Australian Championships, will return as the highest-ranked entry in this year's event during the December Showdown. 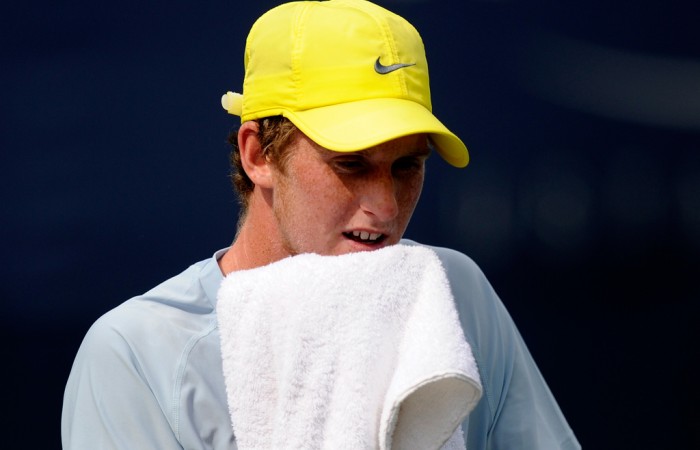 Each day we’ll be featuring a player who is one to watch throughout the December Showdown and into the Australian summer. Today it’s Tasmanian talent Harry Bourchier, the highest-ranked entry into the 18/u Australian Championships beginning this Saturday.

Despite suffering an injury-riddled 2014 season, Harry Bouchier still enjoyed some highlights including Australian representation at the Youth Olympic Games in Nanjing.

One of the best athletes among the crop of emerging Aussie juniors, the Tasmanian boasts effortless power which produces a massive serve and penetrating shots of both wings. This helped him reach the third round in the Australian Open 2014 boys’ singles event.

The 18-year-old currently owns an ATP ranking of No.811, and is the world’s 42nd ranked junior.

Read more about Bourchier and other emerging Aussie talents in the December “Summer Special” of Australian Tennis Magazine.