The New South Wales towns of Casino and Kendall are vying for the status of Australia’s most tennis-loving town, as communities across the country clamber to take top spot ahead of Australian Open 2015. 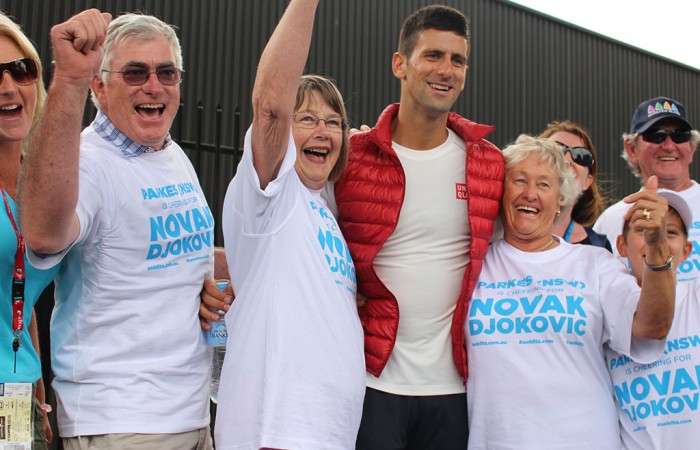 The New South Wales towns of Casino and Kendall are vying for the status of Australia’s most tennis-loving town, as communities across the country clamber to take top spot ahead of Australian Open 2015.

Currently topping the AO Tennis Blitz town leaderboard, Casino could have the opportunity to choose either the No.1 male or female player to cheer for at Australian Open 2015 – Novak Djokovic (SRB) or Serena Williams (USA).

In 2014 all 256 main draw players had an Australian town support them during their Australian Open campaign, essentially gaining their own dedicated cheer squad for their fortnight at Melbourne Park.

During the tournament tennis fans from towns Australia-wide travelled to Melbourne Park to support their players, and sent messages of encouragement via social media to let their players know their town was right behind them.

The world’s top tennis players welcomed the support, with many taking to social media to express their appreciation for their adopted towns. Many players were keen to learn where in Australia their town was located, with Novak Djokovic asking tournament organisers if he could drive a tram from Melbourne to Parkes, in central western New South Wales.

Tennis Australia Director of Participation Craig Morris said he was thrilled to be rolling out the AO Tennis Blitz town initiative for the second year.

“The AO Tennis Blitz came to life during the Australian Open this year and towns and suburbs across the country felt a real connection to their player,” he said.

“We had a group of Alice Springs locals come down and meet Andy Murray (GBR) after a practice session. They were thrilled to see him in action and get the chance to show their support in person.

“The mayor of Warrnambool Cr. Michael Neoh tweeted every day his support for Maria Sharapova (RUS) using the hashtag #warrnapova and Jo-Wilfried Tsonga (FRA) was given a lesson on how to pronounce his aligned town by a Numurkah local.

“The great thing about this is that towns feel as though wherever they are in Australia, they are part of the Australian Open.”

Towns have earned points via a range of tennis-themed initiatives, including the Ultimate Club Challenge and Ultimate School Challenge, which encouraged clubs and schools to host tennis days, the Win a Wildcard campaign, which will see one lucky pair granted a wildcard entry in to the mixed doubles at Australian Open 2015, and the Hit the Target online game.

Towns have until 12 December 2014 to earn points for their town and work their way up the leaderboard. For more information visit tennis.com.au.

The final standings on the AO Tennis Blitz leaderboard will be announced on Monday 15 December.