Kai-Chen Chang and Ze Zhang have secured their spot in the main draw of Australian Open 2015 after winning the Australian Open Asia-Pacific Wildcard Play-off tournaments in Shenzhen. 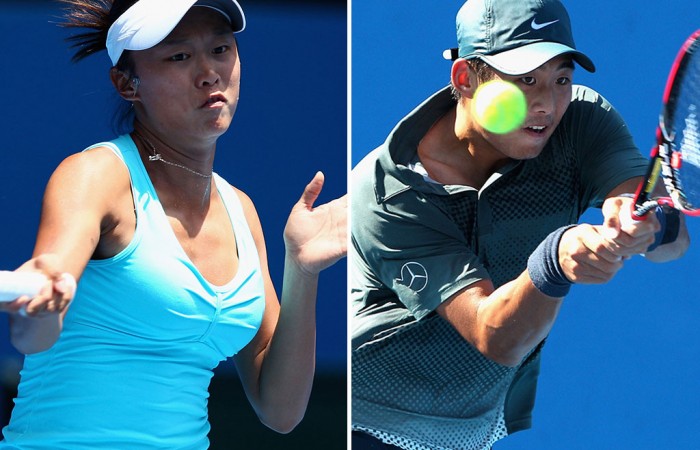 After both player’s survived long three set matches yesterday, it was Chang who started the match as the aggressor in humid conditions, dominating from the baseline and hitting thunderous winners off both wings.

Tanasugarn tried to change her game plan in the second set but Chang continued to play better and better, clinching victory 6-3 6-0.

It is a huge turnaround in fortunes for Chang who battled injury throughout 2013 and 2014.

“I would like to thank Tennis Australia for organising the event here in Shenzhen. I am so excited to win and can’t wait for the Australian Open,” she said.

“The conditions were different today to the match Tammie and I played last week and I am really glad I played my best tennis today in this very important match.”

After finishing runner up in 2013, Ze Zhang (CHN) clinched an Australian Open wildcard by winning the men’s event at the AWP, posting a 6-4 6-4 victory over compatriot Zhe Li.

Zhang started the final extremely well, racing to a 5-2 lead and exploiting the weaker forehand wing of Li. Li broke back though, forcing Zhang to serve out the set for a second time; he managed to complete the task on his third set point.

It was a similar scenario in the second set with Zhang again racing to a 5-2 lead before closing out the match.

Ecstatic with his victory, Zhang described the difficulty in serving out the title.

“I was so nervous serving for the match at 5-4. I really wanted to win the wildcard this week and this result gives me confidence leading into the Australian Open. I can’t wait to get there for both the singles and doubles events,” he said.

Both players will now participate in the main draw of the junior singles in the second week of the Australian Open.

All winners were presented with their accreditation by Australian tennis legend Todd Woodbridge in the awards ceremony on centre court.