Victoria Azarenka and Ana Ivanovic will take the Brisbane International Grand Slam champion count to seven when they arrive in Queensland in January. 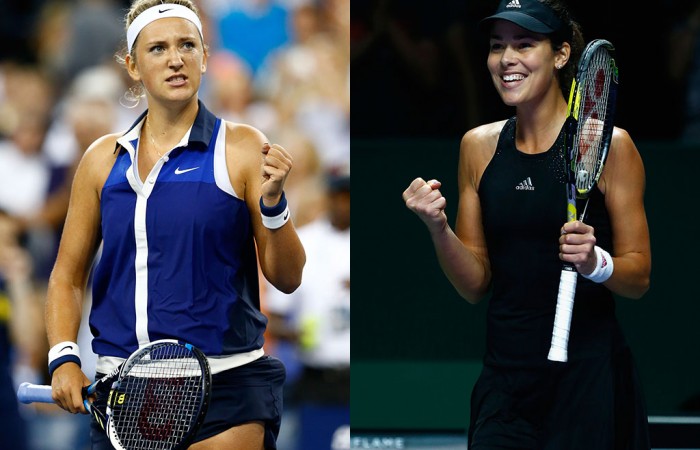 Their entry into the field takes the number of Grand Slam champions set to descend on Brisbane in January to seven, with the four female champions to be joined by 17-time Grand Slam champion Roger Federer (SUI), two-time major winner Lleyton Hewitt (SA) and 2014 US Open victor Marin Cilic (CRO) in the blockbuster field.

The women’s final now looks set to be an all-star affair, with glamour girls Sharapova and Ivanovic, hometown hero Stosur and 2009 Brisbane International champion Azarenka likely to start hot favourites for the 2015 title.

Azarenka will return to the scene of her first ever career singles title when she arrives in Brisbane in January. The 25-year-old, who was sidelined for much of the 2014 season by a persistent foot injury, will use this summer’s tournament to launch her charge back up the world rankings.

“Brisbane has always been a very special tournament for me after winning the title there in 2009. I feel very at home in Brisbane, there’s a great atmosphere, the crowd is always a lot of fun and I’m really looking forward to competing there again this summer,” she said.

“I know it’s going to be a very strong field and give me the best possible start to the new season. For me, winning the title in front of a full house at Pat Rafter Arena would be the perfect start to 2015 and I’ll be doing my best to make that happen.

“My 2014 season was a little disrupted due to injury so I can’t wait to get the new year under way and climb my way back up the rankings, starting in Brisbane in January.”

Azarenka won the event’s inaugural women’s singles title in 2009, collecting the first major trophy of her career, and finished runner-up to Serena Williams (USA) in 2014.

Since announcing her arrival on the world stage in Brisbane five years ago Azarenka has won two Grand Slam titles, taking out back to back Australian Open crowns in 2012 and 2013.

Ivanovic, the current world No.5, will return to Brisbane for a fourth time next year following a successful season on tour. The 27-year-old has scooped WTA Tour titles in Auckland, Monterrey and Birmingham in 2014 to rocket back inside the world’s top 10.

“I can’t wait to return to Brisbane next year, it will be my first time competing at the tournament since 2012 and I’m really excited to have the opportunity to play there again,” she said.

“I’ve had some dramatic matches in Brisbane, the field is always strong and the fans make it a lot of fun. Next year will be a big challenge with the high class field, but I’m looking forward to it.”

Ivanovic’s best result in Brisbane to date came in 2010, when she charged to the semifinals before losing to Justine Henin (BEL).

“We’re thrilled to welcome both Vika and Ana back to Brisbane in 2015,” he said.

“Vika and Ana will add a lot of firepower to the women’s draw and are great personalities to have at the event.

“After an interrupted season in 2014 Vika is raring to go in the new year and we can’t wait to see her back on court in Brisbane. She has a great track record at the event and will be keen to continue that form this summer.

“Ana is always very popular with fans and has had a great season in 2014. The women’s draw is shaping up as a real showdown between some of the biggest names in tennis.”

Also competing in Brisbane in January will be reigning US Open runner-up Kei Nishikori (JPN) and rising star of the sport Grigor Dimitrov (BUL). The men’s field boasts four men ranked inside the world’s top 11.

Brisbane International 2015, presented by Suncorp and supported by Tourism and Events Queensland, will be held at Queensland Tennis Centre from 4-11 January. Tickets are now on sale through Ticketek.