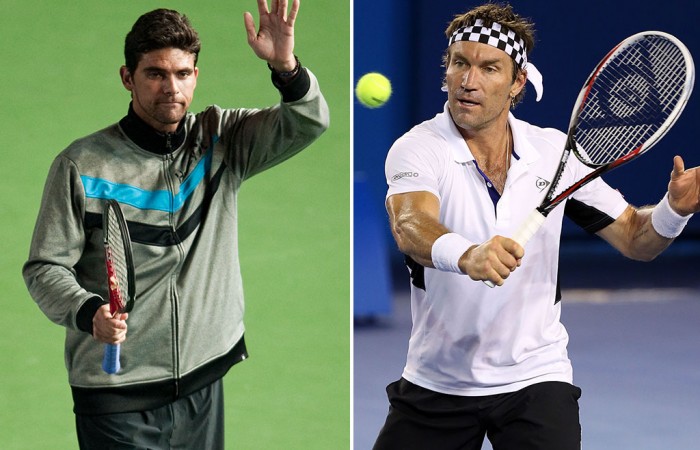 The single-set format league starting on Monday is the brainchild of former India Davis Cup star player Vijay Amritraj, who says it is designed to promote Indian tennis by exposing local players to some of the world’s best current and former players.

Cash (Pune Marathas) and Philippoussis (Hyderabad Aces), both playing in the legends category, will go head-to-head when their teams meet in Hyderabad on Tuesday.

Venus Williams, Greg Rusedski and Martina Hingis have also signed up for the 10-day, six-team league.

Other stars expected to play include Juan Carlos Ferrero and Thomas Enqvist, along with current men’s world No.14 Feliciano Lopez and women’s No.6 Agnieszka Radwanska.

But the league suffered a setback even before it started when top attraction, world No.10 David Ferrer, pulled out with a back injury.

The first to reach six games is declared the winner of a match, while a nine-point tie-breaker will be enforced if the score reaches 5-5.