Americans Denis Kudla and Irina Falconi will take their place in the main draw at Australian Open 2015 after winning wildcards into the men’s and women’s singles events. 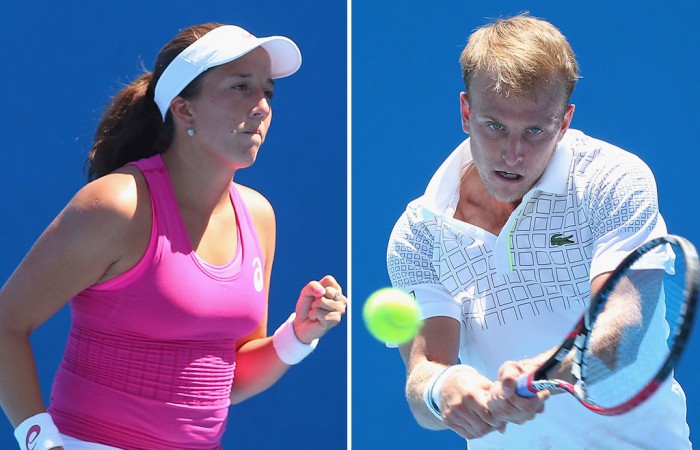 Americans Denis Kudla and Irina Falconi will take their place in the main draw at Australian Open 2015 after winning wildcards into the men’s and women’s singles events.

The USTA and Tennis Australia have a reciprocal agreement in which men’s and women’s singles wildcards into the US Open and Australian Open main draws are exchanged.

For the men, the standings were calculated based on performances at three ATP Challenger events – Charlottesville, Knoxville and Champaign – in the United States. The women’s standings reflected player results at ITF $50,000 tournaments in Macon, New Braunfels and Captiva Island.

Kudla, aged 22 and on the comeback trail from mononucleosis, clinched the men’s wildcard when Marcos Giron, the only player who could surpass him in the challenge standings, lost in the quarterfinals in Champaign.

Kudla earned 44 points in the wildcard challenge by reaching the semifinals in Charlottesville two weeks ago, followed by quarterfinal showings in Knoxville and Champaign.

Currently ranked 125th, Kudla qualified for the main draw of the Australian Open in 2012 and 2014. He broke into the Top 100 in 2013 after advancing to the second round of Wimbledon, his first Grand Slam main draw victory.

Also in 2013, Kudla qualified for the French Open, reached the second round of the US Open and advanced to the quarterfinals of the ATP Wimbledon warm-up event at Queen’s Club, his best ATP result.

This year, he qualified for the Australian Open and won his opening-round match at Wimbledon before losing to Kei Nishikori in the second round.

He was ranked No. 3 in the world junior rankings and reached the boys’ singles final at the 2010 US Open, where he lost to Jack Sock.

Former world No.73 Irina Falconi, 24, clinched the women’s wildcard last weekend, finishing with 109 points after winning in New Braunfels, Texas and by reaching the semifinals in Macon, Georgi.

If she does ultimately receive direct entry, Jennifer Brady would then earn the wildcard after finishing in second place in the challenge standings.