Gold Coast teen Kimberly Birrell has posted the biggest victory of her fledgling career in the opening round of the 2014 Bendigo Tennis International on Wednesday. 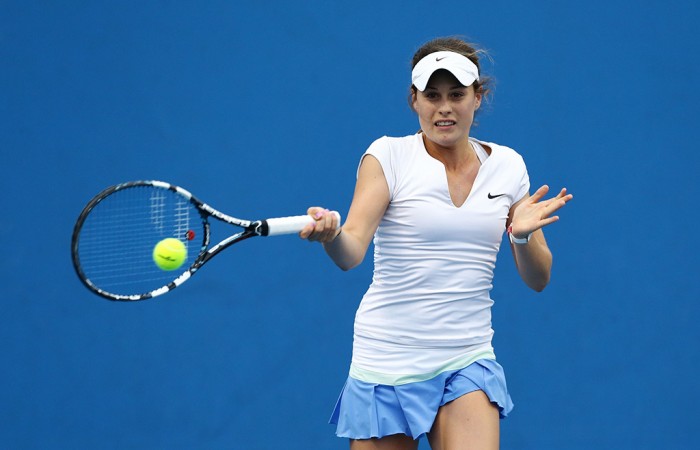 Gold Coast teenager Kimberly Birrell has completed the biggest victory of her fledgling career with a straight sets defeat of Ukrainian Veronika Kapshay in the opening round of the 2014 Bendigo Tennis International on Wednesday.

Playing for the first time in the main draw at an ITF $50,000 women’s event, the 16-year-old wildcard kept her poise in the first set after going down 0-3, eventually taking it in a closely fought tiebreak before holding on to an early break in the second to run out a 7-6(5) 6-3 winner.

“I found my rhythm, got used to the wind and it felt good,” Birrell said.

Birrell now meets Risa Ozaki, who has enjoyed some good form since arriving in Australia, including a semifinal appearance last week in Margaret River.

“I know she’s had some good results lately,” Birrell said of the Japanese third seed. “But I don’t really know much about too many of the girls at this standard of tournament.

“I will try to play my own game. I’ll just give it my best and see how it goes.”

Birrell has also received a wildcard into the second incarnation of the Bendigo event next week, and following that will return to Queensland to finish off the school term.