Eyeing off far greater spoils, Nick Kyrgios has no regrets about prematurely ending his spectacular 2014 campaign despite it potentially costing him an Australian Open seeding. 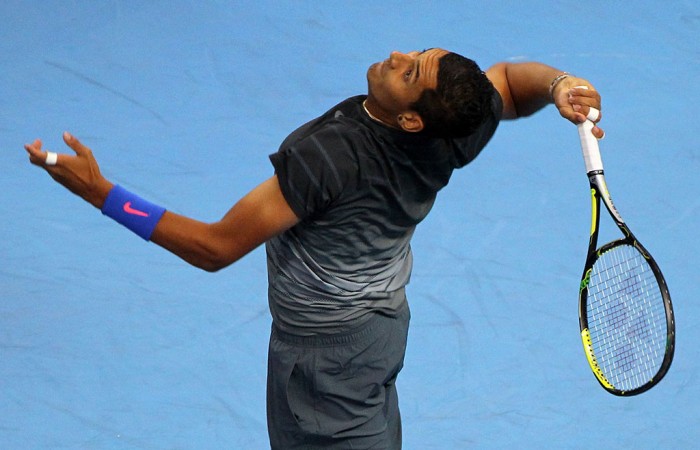 Eyeing off far greater spoils, Nick Kyrgios has no regrets about prematurely ending his spectacular 2014 campaign despite it potentially costing him an Australian Open seeding.

Kyrgios climbed to a career-high 51st after backing up his giant-killing quarterfinal run at Wimbledon with a third-round showing at the US Open last month.

The 19-year-old probably only needed another half dozen wins in the final two months of the season to secure a top-32 seeding for his home major at Melbourne Park.

But after falling to fellow Australian Marinko Matosevic in the opening round in Kuala Lumpur, Kyrgios opted to wind up his year to allow a nagging left arm injury to heal.

“It was definitely a good decision,” Kyrgios told AAP after announcing he’ll complete his Australian Open preparations with a first appearance at the Apia International Sydney from 11-17 January.

“I had a stress reaction. It was not going to get better playing with it and now it’s progressing well.

“It was a tough decision to end my season – I was playing some really good tennis – but you have to think about the long-term sometimes.

“I’m willing to take them and keep working hard.”

Already the youngest player in the men’s top 100, Kyrgios on Thursday said he’d heard about Newcombe’s prediction and hoped he could arrive there sooner rather than later.

With the game becoming more physically demanding every year, the average age of the top 100 men is 27, while Rafael Nadal – who Kyrgios conquered to reach the last eight at Wimbledon – was the last teenager to win a Grand Slam title, almost a decade ago.

“You look at those numbers and it’s pretty astounding that I’m in the top 100 already,” Kyrgios said.

“But there’s guys that have won slams at 17, so it’s all been done before. So hopefully I can stay grounded, keep working hard and come up with some good results.”

Currently sitting one spot behind veteran Lleyton Hewitt at 55th in the world, Kyrgios cutting short his season also all but ended his chances of being Australian No.1 entering the summer.

“I wouldn’t call it a goal to overtake him (Hewitt),” Kyrgios said.

“He’s definitely the leader of our group still – Davis Cup, you know – he’s someone that I look up to.

“I don’t really classify myself in that same group. He’s another level. He’s one of the best competitors of all-time. So I’m going to look up to him for a while to come even if I do pass him in the rankings.”