The 2015 Australian Ranking tournament calendar has been released, comprising more than 350 events across both the professional and junior levels. 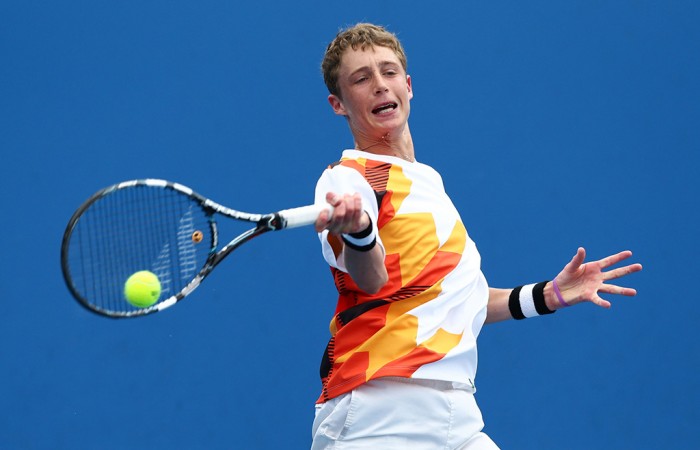 The 2015 Australian Ranking tournament calendar has been released today.

The calendar will be updated quarterly during 2015 if changes occur, but as of the release, there are 180 Australian Money Tournaments, offering a total prize money pool of $933,500; this could approach the magical $1,000,000 mark with a number of tournaments finalising plans to offer players more than the minimum amount required.

On the junior tour, there will be 234 opportunities to earn valuable Australian Rankings points across the country in 2015.

“The Australian Ranking tournaments continue to offer valuable opportunities for all players, whether it be prize money for those players embarking on a professional career or ranking points for juniors looking to climb the Australian Ranking ladder within their age group and ultimately succeed Lleyton Hewitt and Samantha Stosur in the future,” said Francis Soyer, Tournament Development Manager at Tennis Australia.

“We continue to listen to feedback from a number of stakeholders such as the players, officials, parents, coaches and clubs throughout the year which is key to delivering a successful tournament calendar.”

The main focus for 2015 was to improve on the following areas:

“Trying to piece together a calendar of over 350 tournaments is not easy and the team at Tennis Australia and within each Member Association have done a fantastic job with handling all the requests,” Soyer said.

The new Tennis Australia Fast4 format will also continue to be piloted throughout 2015 after a small introduction into tournaments at the end of this year.  The Fast4 format allows tournaments to be finished in less days, meeting the needs of today’s fast-paced society.

“We took a big picture look earlier this year and saw that our tournaments were only being catered to people that could commit to three to five days for 8-10 hours each day,” Soyer said.

“The Fast4 format won’t overtake the traditional best of three sets at all our tournaments, but it is something different that has been used for the Asia-Pacific Tennis League to great success.

“Our aim is to attract different people to tournaments or perhaps back to tournaments, one’s that used to play but now have young families or work or study full-time.”

In addition, there will be 28 tournaments that will comprise the Australian Pro Tour in 2015, highlighted by five men’s ATP Challengers and four women’s $50,000 ITF Pro Circuit events.  Overall, the 28 tournaments will offer a total of US$755,000 in prize money.

The new ATP Challenger on the calendar will be at the Happy Valley Tennis Club in South Australia in the week leading up to qualifying for the Australian Open.

“Everyone is looking forward to the Happy Valley Challenger and based on previous events around the world in the week leading into qualifying of a Grand Slam, it should be the strongest Challenger event held in Australia for quite some time,” Soyer said.

The Australian ITF Junior circuit will again comprise six lower-level events in Queensland, Victoria and New South Wales, with the major opportunity being the Grade 1 event in Traralgon and the Australian Open Junior Championships at Melbourne Park in January.

Australia will also host the Asia/Oceania final qualifying for the Junior Davis Cup and Junior Fed Cup in Shepparton and Tatura in Victoria during April.

“We hope all tennis players take the opportunity to play a tournament during 2015, whether it be on a long weekend or during the school holidays because there is a format offered that caters to a number of different groups,” Soyer said.

The Australian Ranking tournament calendar will also showcase new facility developments in Mornington and Craigieburn in Victoria, Tweed Heads in NSW and Canberra in the ACT.

The Australian Ranking tournament circuit starts on 1 January 2015, with many of the January tournaments opening entries late October via http://www.tennis.com.au/tournaments.