Get Court Up in AO2015 for your chance to win 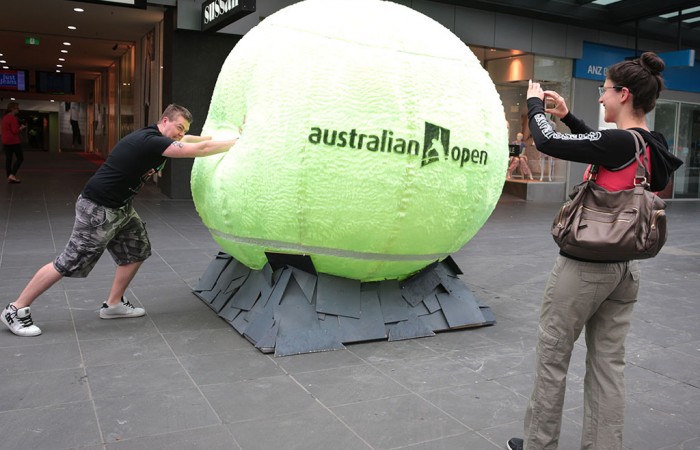 With just 15 weeks until the opening Grand Slam of the 2015 season, Australian Open launch-week festivities are well underway throughout Melbourne’s CBD with giant tennis balls descending on high-profile city locations including Bourke Street Mall, City Square, Federation Square and Southbank Spillway on Tuesday morning, and the Australian Open tram hitting the rails on routes 5, 6, 8, 16 and 72.

As part of the fun, we’re asking tennis fans to take photographs of the giant tennis balls and tram and share them on their Twitter or Instagram accounts.

The photos judged the most colourful, creative, artistic and/or entertaining will be awarded pairs of ground passes throughout the week.

All you have to do to enter the competition is:

We’ll be sharing our favourite photos – and awarding prizes – throughout the week, so make sure you’re following @AustralianOpen on Twitter and Instagram to see the creative ways tennis fans Get Court Up in Australian Open 2015.