Ashleigh Barty has stepped away from professional tennis. 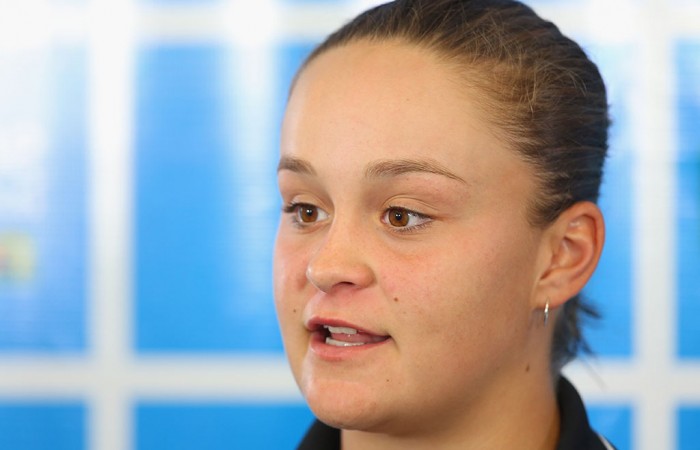 Ashleigh Barty has stepped away from professional tennis.

The 18-year-old announced her decision in a statement released today.

“Since returning from the US Open my team and I have decided that right now it is best for me to take a break from professional tennis. Obviously this has been a very difficult decision with the Australian Summer coming up but after a lot of thought we feel this is the right decision. I’ve enjoyed some incredible experiences on the tennis tour and would like to thank my coach, Jason, and the team at TA for all of its hard work and support throughout my journey so far. I will be following results closely and hope that the Aussies have a great summer and start to 2015.”

Barty captured the tennis world’s attention when she won the Wimbledon junior championships as a 15-year-old in 2011.

She was a three-time doubles Grand Slam finalist in 2013 with countrywoman Casey Dellacqua and the pair won titles in Birmingham and Strasbourg.

The Queenslander’s ranking peaked at No.129 in September 2013.

Tennis Australia CEO Craig Tiley said: “All of us in the tennis family fully support Ash’s decision to take a break from professional tennis at this time, and we wish her all the very best.“