Federer warns Matosevic to be ready

Roger Federer has warned Marinko Matosevic not to expect an enjoyable encounter on Tuesday in the first round of the US Open. 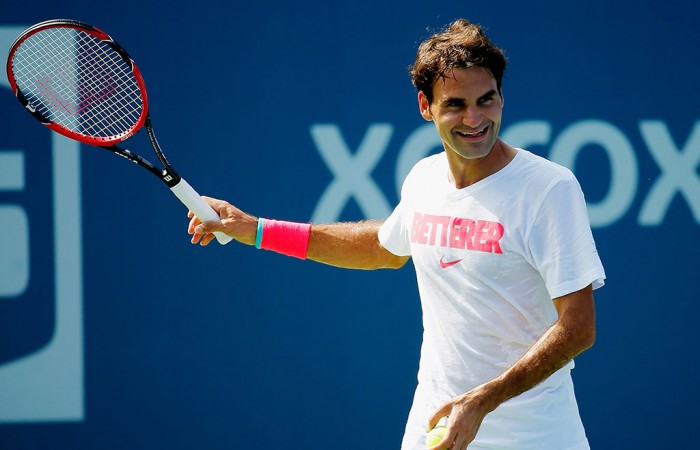 Roger Federer has warned Marinko Matosevic not to expect an enjoyable encounter on Tuesday in the first round of the US Open.

The 17-time grand slam champion beat the Victorian in straight sets in their only previous meeting, in Brisbane in January, and has arrived in New York in the mood to dish out more pain.

With typical respect, Federer congratulated Matosevic on finally breaking through at the majors in 2014 before reminding him that their Arthur Ashe Stadium encounter would be played very much on the second seed’s terms.

“Clearly I’m aware that he can play some dangerous tennis. But at the same time, I feel like it’s on my racquet,” Federer said.

“I have to make sure he has to work extremely hard and he knows the finish line is really far away, and I will try to keep it that way throughout the match.”

After losing his first 12 matches at Grand Slam level, Matosevic collected wins at the French Open and Wimbledon.

Yet Federer, a five-time US Open winner, admitted overcoming the usual Grand Slam nerves presented more a danger than Matosevic.

“You can get used to the speeds of the courts, the way the ball flies, the wind, the humidity, all those things,” Federer said.

“But the tension you do feel on a match court, it’s just totally different. That can really either block you for playing great or sometimes it frees you up. That’s the unknown, and that’s why that first-round match is always crucial.”

Federer is not only well-fancied to sweep past Matosevic, he’s also strongly favoured to canter all the way through the softer bottom half of the men’s draw to the final.

While world No.1 Novak Djokovic, 2012 champion Andy Murray, third-seeded Australian Open titleholder Stanislas Wawrinka and in-form Frenchman Jo-Wilfried Tsonga are all stacked in the top half of the draw, Federer is projected to meet Spanish fourth seed David Ferrer in the semifinals.

Ferrer, who has lost all 16 career meetings with the great Swiss, including the Cincinnati final a fortnight ago, also begins his tournament on Tuesday, up against Bosnian Damir Dzumhur.

Federer’s biggest threat en route to the final could come in the quarters against Bulgarian seventh seed Grigor Dimitrov, who charged to the Wimbledon semifinals last month.